The English Premier League has been one of the top soccer tournaments globally since 1992. It is the highest football tier in England. 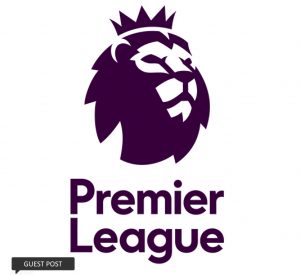 Some Premier League fans have mocked Liverpool supporters severally in the past. Brendan Rodgers’s side had a late run for the league title in 2014. They beat Manchester City 3-2 and increased their chances of winning the tournament. Liverpool’s main opponents at that time were Chelsea and Jose Mourinho. Steven Gerrard was the captain. He made a costly mistake that made Liverpool lose to Chelsea at Anfield stadium. The club needed to win the game to continue competing for the title. Gerrard had won many trophies with the club.

Fulham was among the top clubs that were determined to reach the UEFA Europa League final in 2010. South Africa hosted the 2010 World Cup. It was the first African nation to organize the tournament. Netherlands performed dismally in the competition while Spain put up a spirited fight that helped them win the World Cup.

Frank Lampard striked against Germany’s Mean Machine in the last 16. But, the ball hit the bar and went over the line. The referee ruled out the English footballer’s goal. Many pundits who were disappointed when England lost 4-1 to Germany. Lampard’s cancelled goal prompted FIFA to adopt the goal line technology.

Leicester City was one of the underdogs in the 2015/2016 EPL season. Some bookmakers offered 5001.00 for it to win the title. Claudio Ranieri inspired his players to improve their performance and remain focused. They included Riyad Mahrez and Jamie Vardy. The team had a strong defense and a fierce attacking squad of Jamie and Riyad. Leicester shocked Premier League fans when it defeated top clubs such as Chelsea, Liverpool and Manchester City. Some of its fans often wagered on its opponents. The club was ten points ahead of the second team.

Alex played a crucial role in Manchester United’s success in the early and mid 2000s. He shocked many fans when he retired in 2014. The club had offered him a six-year contract which he turned down. United lost focus and dropped its league position after Ferguson left.

Ferguson anointed David Moyes as the next manager for Manchester United in 2014. Even so, the Scottish wasn’t able to steer the club to greater heights in his first year. It became unpredictable in most Premier League games.

The Premier League has millions of fans from different nations.an ordinary season starts from August to May. The tournament delivered exciting and memorable moments in the last decade. They include Leicester City’s 2016 Premier League victory, and Ferguson’s retirement in 2014. Betway offers the latest team lineups and sports news of each Premier League club.