Blockchains are being considered in the insurance industry and maybe the future for Zimbabwe’s insurance firms and their customers. 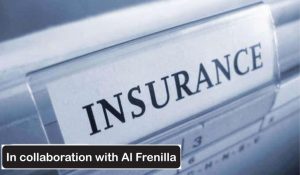 Blockchain and bitcoin may seem like a married couple for those outside of tech circles. Without blockchains there would be no bitcoin, no crypto forums, no exchange platforms from the likes of Luno and their whole bitcoin experience would be unheard of.

In reality, blockchain is not married to bitcoin, rather bitcoin is one child of bitcoin – and dependent on it. That is because blockchains are a standalone technology that do more than power a new financial revolution. It has already been utilised to prevent car fraud, assign music royalties and prevent development aid fraud. Blockchains typify the Fourth Industrial Revolution which tears up the rulebook and offers a whole other way of doing things.

Another area that blockchain may be influencing is insurance. Blockchains may be the future of insurance in Zimbabwe too.

Blockchain technology is as the name suggests a chain of blocks with each block representing a piece of information. Once the information has been added to the chain, it cannot be changed and will always be visible to anyone consulting the blockchain. Blockchains are completely secure and publicly available. The information added can be any type of data from a transaction to something else. This is what makes them a viable option for different industries.

One of the major issues concerning insurance companies in Zimbabwe is that they are inefficient. This is a reflection of the country’s slow uptake in technological advancements. Another issue is that many Zimbabweans do not have access to financial services and insurance companies only target elite groups rather than the majority of the population.

There have been some improvements since the Insurance Council of Zimbabwe (ICZ) addressed the situation. They have steadily moved processes away from paper documentation to digitalised storage, and thus speeding up those inefficient processes. Simultaneously blocking questionable firms that were only offering to insure vehicles with paper documentation.

The Next Step? Blockchain

By only just witching to digital documentation, it could be argued that the Zimbabwe insurance industry has only just had its Third Industrial Revolution. Asking them to now have a fourth in quick succession by using blockchains may be a challenge, but it does offer some benefits:

Blockchain technology is again proving that it has more uses outside of cryptocurrency. Although bitcoin may be its biggest success, no industry can seem to escape a revolution based on the use of blockchains.