A few days ago I was talking to my neighbour - who is a teacher - on the collective job action proposed by the two main teachers' unions in the country - who have called upon their members not to turn up for work when schools open for the first term of the year, as long as the government (their employer) persists with its arrogant and stubborn refusal to honour its contractual obligation to pay its employees their United States Dollar-pegged salaries in local currency at the prevailing interbank exchange rate. 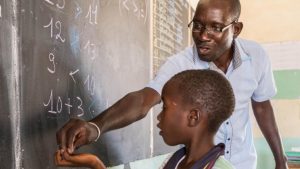 My neighbour’s response was nothing short of shocking – for lack of a more descriptive word, as I was not only dumbfounded, but clearly petrified – as she told me that most teachers had no plausible option, except to grudgingly report for duty, considering that there had no other avenues for earning a living, should they be fired by their employer.

She further heartbrokenly chronicled how previous similar work stoppages had resulted in suspected state security operatives, and ruling party fanatics, pilling unwarranted pressure on school heads to provide them with names of all those teachers who had not come for work – a tactic that had served to intimidate these hard-done-by and unfairly-treated, but hard-working and dedicated professionals into cruel submission.

This heart-rending narration by my neighbour immediately revealed two extremely worrying scenarios that our most beloved teachers – and civil servants in general – unfortunately, find themselves viciously trapped in – that they served a clearly cold-hearted and vicious employer, who had no compassion at all for their welfare (but, would rather see them at their work stations, even when living in abject poverty), and secondly, that they (civil servants) were not economically empowered enough to have other options open for them to earn a more decent and dignified livelihood, should the government fire them, or refuse to heed their plight.

This, to me, portrayed a traumatizing picture akin to someone being held in bondage – without a way out – yet, being subjected to untold brutality and imaginable savagery by their abductor.

What this told me was that the more these teachers, other civil servants, and Zimbabweans, in general, sank deeper into poverty, as the county’s economy fell more and more into the gory depths of hell, the happier this ruthless government became – as this meant that it could hold its own population at ransom as hostages, who had no option but to work as slaves.

Under such an unsavoury, but obviously devilish set-up, the government could do pretty much whatever it wanted with not only its own employees, but also the country’s population – as is currently happening – without the fear of any reprisals, or resistance.

In fact, my teacher neighbour confirmed this assertion when she mentioned that their situation was somehow different from public hospital medical doctors – who have also not been reporting for duty since 3 September 2019, citing incapacitation, due to inadequate remuneration – as they had other avenues open for them, including establishing their own private practices. Thus, they (public hospital medical doctors) have been very successful in dragging out their worthy and understandable cause for more than five months, without any signs of wilting – in spite of their employer’s feeble, but characteristically heartless attempts to divide them.

It is, therefore, without any doubt that the only way teachers, and other civil servants, can successfully break themselves from these shackles of enslavement by their employer, would be for genuine economic empowerment – such that, not only would they have other ready alternatives for sustaining a livelihood, but prove an indispensable asset, which the government would not be able to kick in the teeth whenever it felt like.

Teachers, and all other civil servants, now need to sharpen their skills in so many other trades that they may have a passion for, or are gifted at. For starters, we all know why teachers are the backbone of any country – because they are the ones who impart on every member of society the skills they possess to drive the wheels of the economy.

A president would not have been a president without a teacher having been an integral part of his or her life. An engineer would not have been there had it not been for the teacher. This applies to every other profession under the sun – so why would that same teacher be an economic slave of a government that clearly does not care whether he or she lives or dies – yet, possesses such magnificent skills that created our architects, our builders, our farmers, our manufacturers, and everyone else that makes a country operational?

Such magnificent and essential skills need to be further meticulously sharpened in the teacher – coupled by business management training – so that they go beyond the boundaries of the classroom, but translate into meaningful, productive, and income-generating ventures that would catapult him or her out of the dungeons of poverty, and vile enslavement by their employer.

Armed with these skills, there would be nothing to hold them back. There would be nothing standing in their way to a dignified livelihood that is worthy of a creation wonderfully and fearfully made, just below the angels of the heavens, by our loving God – as no human being was ever meant to be a slave of another.

As a son of a teacher myself, I know how passionate, dedicated and loyal these gallant men and women are to their calling, however, if their services are not appreciated by those who employ them, then – with a heavy heart – they have no choice, but to find sustenance elsewhere. I know that, had my father been alive and teaching today, it would have thoroughly broken his very soul if he had to leave his life-long desire, and opt for ‘greener pastures’ – but, when faced with a callous and ungrateful government as an employer, there comes a time when drastic decisions – no matter how painful – have to be made.

Of course, a teacher by heart, will always be a teacher – and there can be other ways in which they can still impart their knowledge, and give direction to our children, without subjecting themselves to such a cruel and hard master.

Teachers can even form themselves into teaching cooperatives – where our children can still receive their education and life skills from, whilst still earning a decent living from their private business ventures.

It is time that our teachers, civil servants, and Zimbabweans in general, refused to be victims of a brazenly uncaring, unconcerned, and unsympathetic government, whose only concern is the welfare and well-being of its leaders’ stomachs. Never caring where that teacher’s next meal will come from, or if he or she can even afford to send his or her own child(ren) to school, or where and how he or she will obtain and afford accommodation.

Those in power are more than satisfied as long as they can fly wherever they desire in private jets, partake in exquisite gourmet meals – whilst, arrogantly telling the impoverished nation to eat vegetables, which are also unaffordable – send their own children to expensive overseas schools, and seek medical care all across the globe – all at the suffering population taxpayers’ expense.

What manner of an employer is more than willing to steal at least US$ 410 per month from each and every teacher – considering that they are contractually entitled to a monthly salary of US$ 450, which they had been receiving until October 2018 (even though, due to cash shortages, they had been paid in local Bond Notes, which were at the rate of 1:1 with the US dollar).

Nonetheless, when the government legislated that, not only was the local currency no longer at par with the greenback, but also that the re-introduced Zimbabwe dollar would be the only legal tender in the country, teachers – and all other civil servants – never had their contractually binding US dollar-pegged salaries converted into the local currency at prevailing interbank exchange rates.

Therefore, as the average salary of a teacher today is equivalent to US$ 40, the question is: “Where is the balance of US$ 410 going to”, “Who is benefiting from that stolen money”, and “Who can survive on a salary of US$ 40 or less – which some very senior government officials had the audacity to label ‘rich pickings’?”

Whilst, teachers, other civil servants, and the general populace fight for their rights for a fair and dignified livelihood, let us never allow ourselves to remain slaves to those in power as if they are more special than the rest of us. Never! Let us make every effort to ensure that we are adequately empowered to stand firmly against such wanton disrespect and disregard of mankind by another.

We are all made equal, and never shall we allow anyone to think otherwise!