Tax revenue is one of the most important aspects of a country’s financial status. It’s required to underpin all of the national infrastructure as well as funding public services. 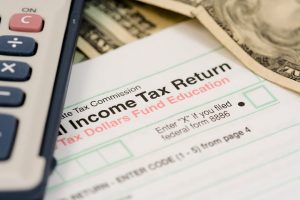 That’s why the current chaos caused by the coronavirus could have wide-ranging economic repercussions. A lot of businesses have seen huge downturns in their revenue in a short space of time, which in turn means they will be paying a lot less tax next year. This, coupled with the increased costs levied at the government in order to deal with the coronavirus, means that there could be a big shortfall over the next 12 months.

One of the biggest industries to suffer is online betting. With Kenyan online betting sites providing a big proportion of tax revenue for the country, this current crisis is likely to see a lot of African nations increasing their national debt in order to pay for coronavirus security measures. With all of this in mind, let’s take a closer look at the tax levels across Africa.

The instability caused by the coronavirus means that the African average is likely to fall for next year, but there’s a high chance that this will occur in other countries across the world, too. The economic impact of this virus could go on to make the 2008 global crash look like a minor event.

In terms of tax revenue, Kenya, Nigeria and Morocco are three of the biggest earners across Africa. They are also three countries that have a relatively strong tourism trade. So, not only will there be a shortfall in tax revenue, but income from tourism in these countries is also likely to see a drop over time, too.

Industries that have been Hit Hardest

One of the biggest industries to suffer during the coronavirus’s colossal upheaval is the gambling industry. This is especially worrying to countries such as Kenya, where tax revenue from gambling is a very big earner. As the coronavirus has led to lots of sporting events being cancelled, gambling has taken a sharp downturn for the time being.

For Kenya in particular, this is a big problem. Why? Because taxes from online gambling are taken two ways in Kenya. The first is a 20% tax rate on all turnover by gambling companies. Tax is placed on turnover instead of profit as an attempt to stop companies from hiding profits through unnecessary expenses, which is a sneaky way to avoid paying tax.

There is also a 20% tax on all wins which players receive when taking part in online gambling. As there is almost a blanket ban on sporting events, this has reduced the tax revenue for Kenya in a big way. Depending on how long this current crisis takes, it could lead to gambling companies going out of business, which means there will be big gaps in the market once the crisis is over.

These gaps, however, will cause a major problem, as tax revenue won’t be generated until they are filled. That could take a lot of time.

The tourist industry is another aspect that will be hit hard across African countries. Not only does tourism bring in a lot of money, with tourists spending lots of cash on their travels, but it also generates a large amount of tax. The profits from tourism companies are all taxed in African countries, and with tourism currently on hiatus, these taxes won’t be paid until the industry is able to get up and running again.