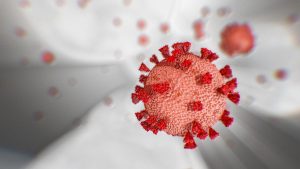 1.0       Introduction
13 May 2020 marked day 45 of the national lockdown declared by President Emmerson Mnangagwa. This national lockdown was initially supposed to last for twenty-one days from 30 March 2020 to 19 April 2020 but has since been extended twice now to 17 May 2020.On 13 May, the Ministry of Health and Child Care reported that nine hundred and sixty-three (963) tests were conducted and were all negative. This increased the cumulative tests to twenty-four thousand eight hundred and ninety (24 890). Of these, twenty-four thousand eight hundred and fifty-three (24 853) were negative. The number of confirmed positive COVID-19 cases remains at thirty-seven (37) while the recoveries have increased to thirteen (13). Deaths remain at four (4).

Excerpts from reports generated by Community Radio Harare have also been incorporated in this report.

3.1       General atmosphere
In most communities nationally, people continue to be observed going about daily business with disregard to the COVID-19 safety measures. For instance, in the suburb of Highfield, Harare, children were observed playing on the streets, and there was an amateur league soccer match at Mhuriimwe Secondary School which attracted community members as spectators. In the Harare suburb of Tafara, the majority of vendors who have now resumed selling goods were not wearing face masks. Others were simply wearing the masks incorrectly. The Tafara community has now gone for more than 3 years without running water, and gathering at community boreholes for fetching water is a daily routine. At those boreholes, very little regard is given to COVID-19 protection measures.

In Harare, Masvingo, and Mutare CBD, the number of companies that have resumed operations has increased. This also means increased human traffic into the city centres. Though there are checkpoints mounted by law enforcement officers on major roads leading into city centres nationally, the number of community members without face masks in city centres is on the rise. There are reports of community members exchanging face masks to allow them to gain entry into some shops and companies.

The Harare City Council announced that it has opened all its district offices to allow the transacting public to conduct business, as a measure to improve efficiency and decongest their central offices.

Community members in Bikita were observed at Ngorima township drinking alcohol in groups. Similar reports of community members defying the lockdown for leisure purposes were also reported in Dangamvura in Mutare and in Chiredzi. It was reported that community members are hoarding alcohol from supermarkets and drinking from their cars to avoid detection by law enforcement officers. It was also reported that police officers shut down four (4) illicit beer holes in Mbare, Harare after receiving tipoffs from members of the public who complained about excessive noise.

3.2       Food aid
It is noted that some communities are yet to receive food aid. In Muzarabani, community members complained that they are on the verge of starvation as they are yet to receive food aid from either government or philanthropists. Most community members in Muzarabani who rely on selling livestock have been affected as the majority of their clients cannot commute to buy the livestock.

Many supermarkets in Gweru, Nyanga, and Rusape reportedly ran out of basic commodities, particularly mealie meal and cooking oil. Most of the supermarkets import commodities from Mozambique and South Africa, and have been unable to restock.

The Ministry of Public Service, Labour and Social Welfare donated food in Tsholotsho at Gwaai Primary School. Beneficiaries included the elderly and persons with disabilities.

Meanwhile the Chief Secretary to the President and Cabinet Dr Misheck Sibanda issued a statement on 13 May in which he announced that Dr Agnes Mahomva has with immediate effected been moved from her role of Permanent Secretary in the Ministry of Health and Child Care to become Chief Coordinator of the National Response to the Covid-19 pandemic in the Office of the President and Cabinet. The justification prvided is the need for central control as more ministries and agencies are brought together to manage the pandemic and implement the measures required, with high-level medical expertise and professional leadership needed at the centre to advise the President and Government. The statement indicated that an announcement on the appointment of a new Permanent Secretary in the Ministry of Health and Child Care would be made in due course.

3.4       Impact on business
Transport shortages continue to escalate in most urban areas. Reports received from Mbizo in Kwekwe and Epworth in Harare indicate that passengers were stranded in the morning on their way to work due to shortages in public transport. Community members indicated that ZUPCO busses and commuter omnibuses were not enough to meet the demand of passengers. As a result, most workers were late for work given that companies are mandated to close at 3pm. Companies are thus losing on productive time.

In Hurungwe, tobacco farmers swamped the tobacco auction floors at Contract Floors. It was reported that law enforcement officers failed to control the crowds as tobacco farmers were not observing social distancing, with the majority not wearing face masks.

3.5       Returnees and mandatory quarantine updates
The Permanent Secretary in the Ministry of Information, Publicity and Broadcasting Services, Mr Nick Mangwana indicated that the total number of people quarantined in the Midlands quarantine facilities has increased to 112. Minister Mangwana also indicated that additional 51 returnees were received from Botswana while 150 were received from South Africa.

It was reported that 6 more people were received at Marondera High School quarantine centre in Mashonaland East, bringing the total number of returning residents at the quarantine centre to 48. In Victoria Falls, the Mosi oa Tunya quarantine facility has 137 people following the arrival of 20 returning residents from Namibia and 2 from Botswana. It was reported that the centre has exceeded its carrying capacity by 37.

The ZHRC recommended for the Department of Social Welfare and humanitarian organisations to extend their vulnerability assessment criteria beyond older persons to include other people who are constrained from fending for themselves by the national lockdown, and for the Ministry of Local Government and Public Works to facilitate the installation of boreholes at Radion, KHB and Wicklow Farms which have perennial water challenges. The Commission further recommended for human rights organisations to extend awareness programmes to farming communities where there is limited knowledge of human rights and remedies for human rights violations.

4.0       Arrests
In Harare, MDC Alliance Harare West Member of Parliament Joana Mamombe and two other female MDC Alliance supporters identified as Cecilia Chimbiri and Netsai Marova were arrested at a checkpoint near the National Sports Stadium in Harare for allegedly participating in a demonstration in Warren Park. It was reported that the trio was detained at Harare Central Police Station Law and Order Section. However, their lawyers from the Zimbabwe Lawyers for Human Rights (ZLHR) indicated that the trio is missing. ZLHR lawyers searched for the trio at various police stations in the capital to no avail. It is feared that the trio may have been abducted.

5.0       Summary of violations
The table below summarises human rights violations documented by the Forum Secretariat and Forum Members from 30 March 2020 to 13 May 2020.

5.0       Court Update
In Harare, the trial of Lovemore Zvokusekwa was postponed to 4 July 2020. Lovemore Zvokusekwa was arrested for allegedly circulating a fake message about President Mnangagwa’s intention to extend the national lockdown. Zvokusekwa is currently released on bail.Also at the Harare Magistrates Court, the trial of Harare North Member of Parliament, Rusty Markham who was arrested and charged with inciting public violence failed to commence. This is because witnesses failed to attend court and as a result the prosecutor in charge of the case will now have to proceed by way of issuing summons.

The Zimbabwe Congress of Trade Unions filed an urgent chamber application against the Minister of Health and Child Care and others, protesting against government’s abrogation of responsibility in the testing and screening for COVID-19. The matter is yet to be set down for hearing before the High Court.

Harare High Court Judge Justice Jacob Manzunzu on 11 May granted an order for the local authorities in Chinhoyi to stop the demolition of vending stalls and property belonging to small and medium enterprises at Gadzema Flea Market in Chinhoyi. This was after some informal traders represented by Zimbabwe Lawyers for Human Rights filed an urgent chamber application on 6 May 2020 seeking to stop the local authority from conducting the demolitions.

6.0       Conclusion
The Forum is concerned with the increasing numbers of people defying the regulations of the national lockdown to pursue leisure activities. The Forum urges the government to provide adequate protective clothing for health professionals. Further, the Forum urges the government to facilitate transport for workers. The Forum also urges community members to adhere to COVID-19 regulations. Finally, the Forum condemns the violation of the rights of MDC Alliance Harare West Member of Parliament Joana Mamombe, Cecilia Chimbiri and Netsai Marova and calls for the respect of their rights even while in custody.