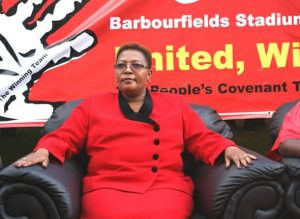 We the elected Provincial Chairpersons of the MDC structures for the period 2014 to October 2019 are concerned with the manner in which Messrs Douglass Mwonzora; Thokozani Khupe and Morgan Komichi are conducting the affairs of the court resurrected structures and operations of the then MDC which existed up to the death of our Founding President Morgan Tsvangirai (MHDSRIP).

They have deliberately mixed up the business of the former party with two other separate entities formed thereafter namely MDC-T led by Thokozani Khupe formed in April 2018 and the MDC Alliance a product of reintegration process led by President Nelson Chamisa whose congress held as a matter of public record in May of 2019.

The two political formations participated in elections separately and the results are a matter of public record.

For one reason or the other, the Supreme Court ordered that the structures of 2014 go to an extra-ordinary congress to elect a replacement for the late Dr Morgan Tsvangirai.

Our concerns in this respect are as follows:

We want to put it on record that the actions of Khupe, Komichi and Mwonzora defeat the whole purpose of implementing the Supreme Court orders.

We place it on record that the Provinces we were elected to represent are not part of the sham process they are purporting to implement, we will therefore treat it as a nullity, Zimbabweans must see it for what it is.

We therefore on behalf of the then structures that we led declare the actions of the trio not only unlawful but a violation of the constitution of the then party.