"Dark forces", "terrorists" and "bad apples" were just some of the words Zimbabwe's President Emmerson Mnangagwa has used to describe his critics after last week's thwarted anti-government protests. Rights groups say close to 100 Zimbabwean activists and opposition
Zimbabwean activists have lost hope that the end of Robert Mugabe’s long rule would bring great changes for the country

“Dark forces”, “terrorists” and “bad apples” were just some of the words Zimbabwe’s President Emmerson Mnangagwa has used to describe his critics after last week’s thwarted anti-government protests.

The authorities banned the protests against alleged state corruption and the country’s slumping economy, which were called to coincide with the two-year anniversary of Mnangagwa’s election on July 31, 2018.

Some 20 people were then arrested in the capital Harare, charged with inciting public violence and freed on bail.

Rights groups say close to 100 Zimbabwean activists and opposition figures have been abducted and brutalised by suspected state agents since Mnangagwa succeeded the despotic Robert Mugabe with the help of the military in 2017.

The government has dismissed allegations of rights abuses as “false”.

“There is no crisis or implosion in Zimbabwe. Neither has there been any abductions or ‘war’ on citizens,” said government spokesman Nick Mangwana.

Following the president’s promise to “flush out” destabilisers, three activists spoke to AFP about their determination to keep going despite growing fear for their lives.

Social activist Nyasha Musandu, 32, was arrested after joining a small group of friends for a peaceful anti-government protest last Friday.

“There is a sense that we have regressed back to the days of Mugabe. The facade of there being any chance of hope, any chance of renewed freedom has been completely stripped away.”

“My arrest triggered a sense of defiance… Our voices do matter, if they didn’t then no one would try to stop them.”

“(Mnangagwa’s) words were just callous and unfortunate… confirmation that the state is at war with its citizens.”

“When we label our own citizens enemies of the state and terrorists we begin to move into a very dangerous territory. There is a fear in me that our government has finally lost all its grip on reality and is going to start consuming its own people for the survival of a few.”

“My biggest fear is the death of hope.” 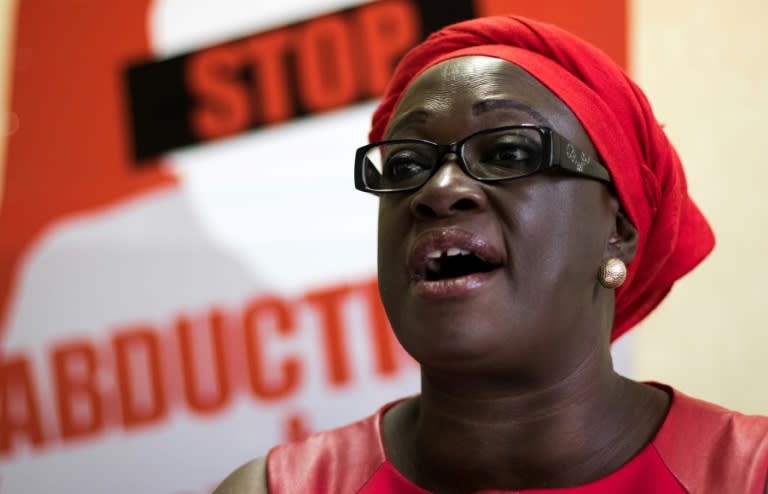 Human rights activist Jestina Mukoko, 53, was kidnapped by state agents in 2008, when Mugabe was in power. After three weeks of captivity, she was convicted of plotting against the regime and spent 68 days in a maximum security prison.

“When I hear about people being abducted and tortured I get flashbacks about what happened to me. It makes it very difficult to heal completely.”

“It is quite a difficult balancing act, being a human rights defender. You are never sure whether you can go to work and if you will get back home. At times when there is a lot of tension I hardly wear dresses… it is easier to climb into a truck in trousers if you are arrested.”

“I have been given so many labels: puppet of the West… enemy of the state… and there is this narrative that you are also a supporter of the opposition, therefore the ruling party is justified in doing whatever they want with you.”

“I insist on doors being locked and at times I feel as if I am sitting in some kind of a prison.”

“Socially as well, I find that my space has shrunk. It is very difficult for me to trust anyone and my circle of friends is very limited. I cannot get used to simply meeting someone and warming up to them. What comes to mind is: has this person been sent to trail me? Even at the supermarket, if I meet you twice or three times going up and down the aisle I leave the shop. It gives me goosebumps.”

The government wants “me to keep quiet about what is happening. That is not going to happen in my lifetime.”

“In George Floyd’s words, Zimbabweans are saying: we cannot breathe. Can someone hear us? We have got these big boots on our necks and we want to breathe, live in dignity and have our rights respected.”

Union leader Peter Mutasa, 42, was arrested in January last year for calling a stay-at-home protest over rising fuel prices. Although the charges were dropped, Mutasa and his family have since suffered intimidation tactics.

He was among 14 activists sought by police for an interview last week.

“We are not afraid of the police because we know we have no case to answer. We are worried about the assassins who are ordered to harm or kill. Those that stalk you, come in the dead of night and are clearly looking to harm us. If they get you, they will kill or brutalise you.”

“This country is unsafe for trade unionists and other activists.”

“We fully understand what ‘flushing out’ means. It means killing those who dissent. We fully comprehend what being labelled ‘bad apples’, ‘terrorists’ or ‘detractors’ by those in power… leads to.”

“We have state failure and we expected a president faced with such issues to address these challenges. So we were clearly flabbergasted to receive these chilling warnings instead of words of hope.”

“By targeting individuals and organisations without addressing the real problems, the government is simply wasting time and further tarnishing its already soiled reputation.”

“Killing a trade unionist does not resolve workers’ genuine grievances (and) killing us will not stop workers from demanding fair wages.”