As the year draws on thoughts are turning to the wonder of Christmas. We know President Mnangagwa is capable of anything. But the news from the Zimbabwe Mail suggested a miracle. 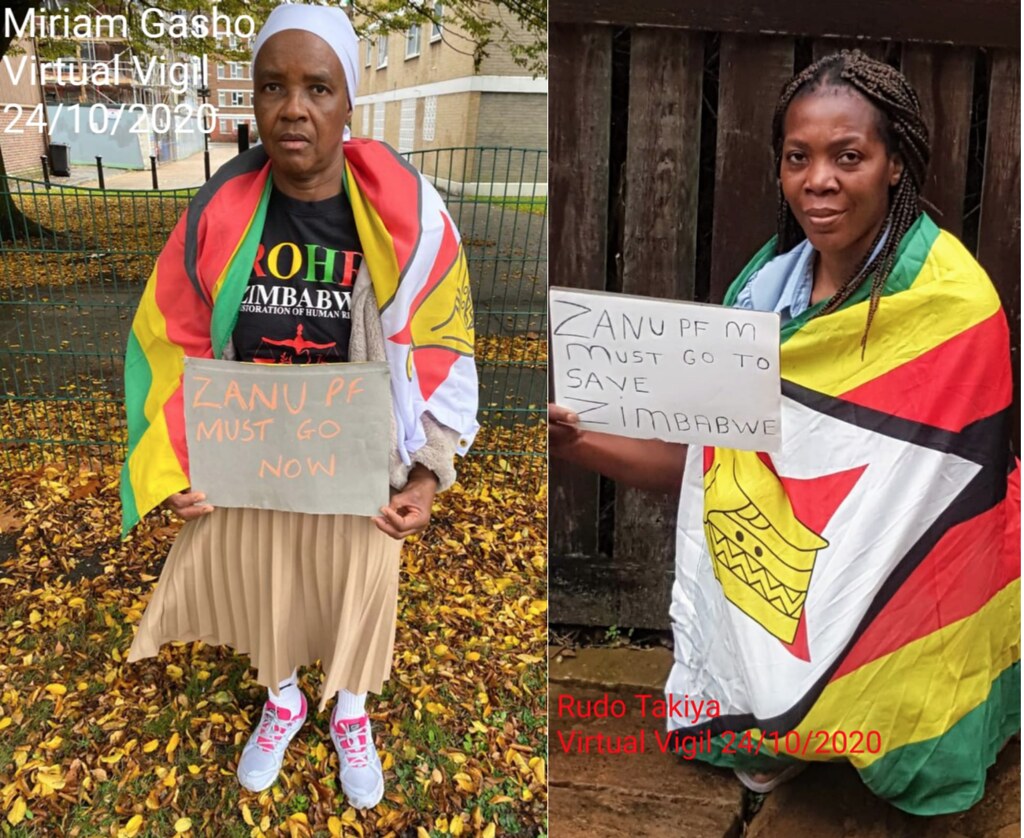 Alas, as so often, the paper’s story is nothing but hot air. Referring to the President’s state of the nation address, it declared Mnangagwa was ‘pregnant with the message of how Zimbabwe has achieved economic stability’.

Parliament was virtually there for the President’s virtual delivery of the good news that virtually everything is getting better and better. The Mail with its worshipful report on the sacred words of the anointed leader, said they were ‘warmly received by parliamentarians from across the political divide for clearly setting the path to achieve an upper middle-income economy by the year 2030’.

The grovelling Mail scribe continued ‘the President was spot on in terms of the successful implementation of the economic reform agenda which has brought about development and economic stability’. The paper concluded ‘the opposition concurred that national development will be in vain if we sow seeds of hatred and division’.

‘We are very supportive of the President’s directive to show oneness in the manner we conduct ourselves for the purpose of building our country,’ said Elias Mudzuri of the government-supported version of the MDC. For his part, the Acting Secretary General of the faction, Douglas Mwonzora, said ‘we acknowledge the gains that have been made so far but let’s now build on them to ensure that our citizens can also benefit’. What could Mwonzora have meant by saying ‘citizens can also benefit’? What a revolutionary idea! (See: https://www.thezimbabwemail.com/parliament-parliament/zimbabwean-legislators-across-the-political-divide-welcome-sona/.)

One benefit announced  this week has been met with scorn by civil servants, who were told the government would pay the equivalent of US $500 towards their funeral expenses. Civil servants said they wanted a salary of that much a month rather than waiting until they were in a coffin. As it is, most civil servants earn less than US $50 a month. Many teachers, doctors and nurses are on strike for more pay (see: https://www.iol.co.za/news/africa/zimbabwe-slammed-over-plans-to-pay-500-toward-civil-servants-funerals-7025106a-4d60-5c45-9923-8b89719b7970).

In his state of the nation address, Mnangagwa repeated his demand for an end of sanctions. But US Ambassador Brian Nichols said that the government must first implement reforms before America would lift targeted sanctions imposed on some Zanu PF members over corruption and human rights violations. He continued: ‘The SADC anti-sanctions campaign, orchestrated by the government of Zimbabwe, is really an effort to distract the people of Zimbabwe from the real causes of Zimbabwe’s profound problems’. (See: https://www.thezimbabwean.co/2020/10/zimbabwe-govt-should-implement-reforms-not-stage-anti-sanctions-galas-u-s-ambassador-nichols/.)