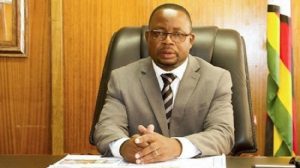 Some time ago the BBC put on a series of programmes on the British royal family which explored the influences and pressures the royals are under and the resulting stress to shape up to what is expected of them. They have interpreted the demands made on them under the general heading of duty and, if we are to believe the TV series, this has led to a painful distortion of who they are as people. To put it bluntly, they cannot be who they are and more than one of them vocalises this in similar terms to Tatenda, ‘No one knows what I am going through’. It is excruciating to watch what can almost be described as the mental torture Prince Charles, for example, goes through in order to fulfil his ‘duty’.

But it struck me most of all in the way the Queen’s late sister, Princess Margaret, is portrayed. When, in the early days, she was asked to do something official she tried to be who she was and spoke to people from the heart – informally and warmly. But she was soon reined in and, in struggling to conform to what was expected, never found a role. She died before her time (in 2002, aged 71; the Queen is 94) and, on the evidence of the TV series, was frustrated all her life.

Margaret and Tatenda lived, or live, an experience that many people do. They feel misunderstood and have no one who could help them work through this experience and discover how to develop their own inner strength.  We should be able to live our lives without worrying what others think. My self-worth does not depend on the opinion of others. If there are some people who try to understand, it helps! (One of the aims of  l’Arche communities is to provide just such an environment where a person, however handicapped they are, can become self-confident, accepting themselves just as they are).

But it is not enough to let people struggle on their own.  There are so many who long ‘to be who they are’ and become who they could become and there is a great need to reach out to help them just as we too also need help. Covid 19 is breaking down barriers and reminding us that our survival depends on others. The readings for this Sunday speak of help coming from unlikely sources. Israel came to understand herself through the intervention of Cyrus, the Persian, and Caesar, the Roman. Margaret and Tatenda would have got on great together. They could have shared and explored the loneliness they each felt and draw strength from the encounter.