Civil servants representatives, the main opposition party the MDC-A and analysts have expressed their dismay at government’s decision to pay US$500 to civil servants when they die rather than remunerate them well now. 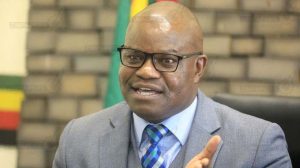 This came after government announced it would, with immediate effect, start paying an equivalent US$500 as funeral assistance for every civil servant who passes away.

Civil servants have been demanding their salaries to be pegged in United States dollars or its equivalent Zimbabwe dollar.

However, the government has flatly declined the request, resulting in some civil servants mostly nurses, doctors, teachers downing tools in protest.

On Tuesday, the ministry of information secretary, Nick Mangwana announced the government would start paying, as funeral cover, an equivalent of US$500 for every civil servant who passed away.