The Zimbabwe Human Rights NGO Forum presents to you the state of human rights 2019 annual report. 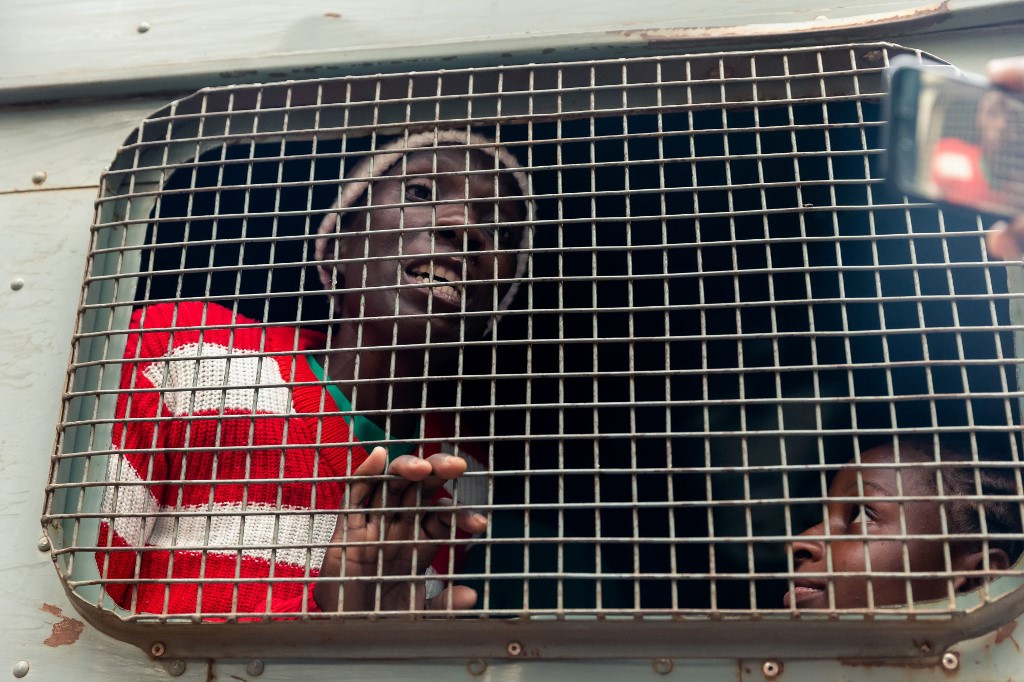 An inmate looks on from the same prison vehicle as Marry Mubaiwa, the wife of Zimbabwe vice-president Constantino Chiwenga, as she leaves the Harare Magistrate’s Court, on December 16, 2019, where she was charged with attempted murder of the vice president, fraud and money laundering. – Anti-corruption officers detained 38-year-old Marry Mubaiwa, the wife of vice-president Constantine Guvheya Nyikadzino Chiwenga, on December 14, 2019, according to a police report. (Photo by Jekesai NJIKIZANA / AFP)

The report gives an insight into some of the key events that transpired throughout the year under selected human rights themes, subheadings and indices which were considered the most relevant in evaluating the human rights situation in Zimbabwe.

The report discusses the extent to which the State complied with its domestic and international human rights obligations and flags out some of the key challenges the country faced during 2019. The report highlights the human rights violations committed by various actors of Zimbabwean society and discusses the impact of those violations, accountability on the part of the perpetrators if any, and aspects relating to the availability of legal remedies to victims.

The report further discusses how the socio-economic and political environment in the country affected the human rights situation. The report is also forward-looking as it sets out some key recommendations on how the State can improve the enjoyment of human rights by all people in the country.