The late Lawrence Vambe – he died last year aged 102 – opened his celebrated book, An Ill-Fated People, with a story of a rapid white wedding in Chishawasha before the Jesuits at the Mission discovered that Josephine was pregnant. 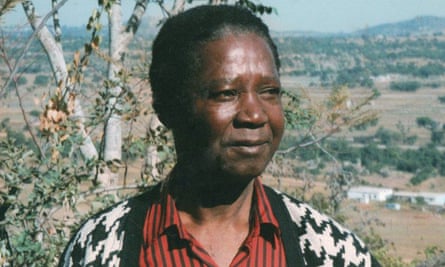 A ‘verbal scuffle’ had ensued among the elders about what to do when the news of her pregnancy first surfaced. Her husband, Martin, though also a Christian, had scoffed at the idea of a rushed wedding. They had both fulfilled all the customs tradition laid down for marriage and in the eyes of the community were man and wife. But if they did not have a wedding there was a fear that the priest in charge of the mission might expel the whole family from the mission land.  They had the wedding.

Vambe uses this incident like a grenade to blow up any complacency we might have that the reception of Christianity by the people of Zimbabwe was a smooth matter. He gives us a passionate account of how the whites used their military power to subdue the people from 1890 and trample on their freedom, dignity and sense of self-worth. The settlers were only momentarily checked by the risings in the mid-1890s before resuming, with greater determination, their plan to take from the people their land and their mines and make the locals labourers on their own property. Vambe gives a psychological as well as a political history of what this meant as he viewed events growing up in Chishawasha and listened to the accounts told again and again by the elders.

The missionaries were caught between their appreciation of the order and infrastructure the settler presence gave them, enabling them to pursue their task of preaching the gospel in word and action, and their indignation at the cruelty and racialism of the settlers which always implied the local people were inferior. Vambe felt the tension in his own person for, while he was deeply embedded in his own roots in Chishawasha and appreciated the culture and traditions of the VaShawasha society into which he was born, he felt drawn to the Christian message by the example of the sisters and fathers at the mission who educated him. He even explored his vocation to become a priest spending three years at the new seminary founded by Bishop Aston Chichester, half a morning’s walk from his home in Mashonganika village.

This tension is still there today and may explain why the Catholic Church in Zimbabwe is far less developed than in some neighbouring countries. Numbers are not everything but they are something: In the DR Congo Catholics make up 50% of the population and in Zambia 25%. In Zimbabwe the proportion is 9%. (These figures come for Google). It could be that the white alien influence, being much stronger south of the Zambezi, hindered the work of white missionaries. If it is true that the high sounding words of the Congress of Berlin (1884), about defending the rights of the local people when the colonisers carved up the continent for themselves, ‘have as much meaning as a rosary beads wound round the knife of a murderer’ (Vambe p 84), there was little chance that the Christian gospel would be welcomed warmly. The defeat of the Shona and the Ndebele in the 1890s destroyed the self-respect of blacks and degraded the whites. The implications of both these judgements of Vambe were played out in the twentieth century and have not been resolved to this day.

This Sunday is All Saints’ Day and we celebrate the many people who lived their lives faithfully often in harsh conditions. They are saints. Yet we have to hold that we did not succeed – and are not succeeding – in reaching those who are responsible for the running of our country with leaven of the gospel.