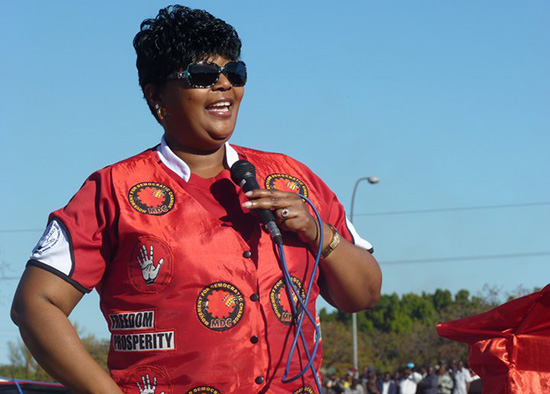 Taking into account the Supreme Court ruling and the decision to extend the Extra-Ordinary Congress, my analysis is that Senator Komichi should have been in charge of running the event which was eventually held on Sunday 27 December 2020, unless if the judgement giving the extension of the Extra-Congress date to 31 December 2020 gave Dr Khupe full control until 31 December 2020.

But having read the statement which stated “Komichi was given the assignment to ensure that there is a new voters’ roll on time for the Congress now to be held on December 27, I take it that Senator Komichi slept on the job as he should himself have 3nsured that the voters’ roll was perfect before the beginning of the Extra-Ordinary Congress and ensured that the correct voter’s roll was available at the voting points. He should have ensured that the voters roll included all the participants who were eligible to vote as using the authentic 2014 structures.

Senator Komichi or Dr Khupe, whoever between them was in charge as per the Supreme Court Judgements declaring the Extra-Ordinary Congress and announcing the extension to 31 December 2020 respectively should have checked to ensure there was a quorum at the beginning of the process. I have seen an interview of one misguided comrade who thought an elective Extra-Ordinary Congress has no quorum, and I strongly suspect this is what the illegitimate standing committee had nicodemously agreed just to ensure that the Extra-Ordinary Congress is held even if there was no quorum as they all had an interest in being elected or having their favourite person elected to the post of President regardless of constitutional provisions regarding quorum.

Whoever was in charge between Senator Komichi and Dr Khupe should have risen to the occasion and declared that there was no quorum at the very beginning, and a resolution should have been passed that as the election was conducted without a quorum, the results had to be endorsed by another Extra-Ordinary Congress as specified in the constitution.

All the same, Dr Khupe did well to stop the election process, assuming that she was the one in charge as granted by the original Supreme Court judgement declaring the Extra-Ordinary Congress and the judgement that extended the timeframe to 31 December 2020. While the Congress resolution passed by the unconstitutionally constituted Congress as it did not have a said Dr Khupe’s Powers ended at the beginning of the election process, this is disputable because the person who had the mandate to organise this event has Supreme Court authority that can only expire at the end of 31 December 2020, unlike an ordinary elective congress. This is so because what if something didn’t go down well, as it did in this instance, the person with that mandate has Supreme Court authority to take corrective measures until the expiry of the authority granted by the Supreme Court. So, there is a bit of advice to Dr Khupe or Senator Komichi – whoever is in charge – you have until 31 December 2020 to take corrective measures.

While I am not privy to the money that Senator Mwonzora is said to have misappropriated, if he indeed misappropriated some money as alleged, all efforts should be made to ensure he faces the music.