The Pakistan Cricket Board announced that a player named in Pakistan’s squad for the upcoming series in South Africa and Zimbabwe has tested positive for coronavirus. “A total of 35 tests were conducted on the South Africa-bound Pakistan men’s national cricket team on Tuesday, 16 March. All squad members have tested negative, except for one 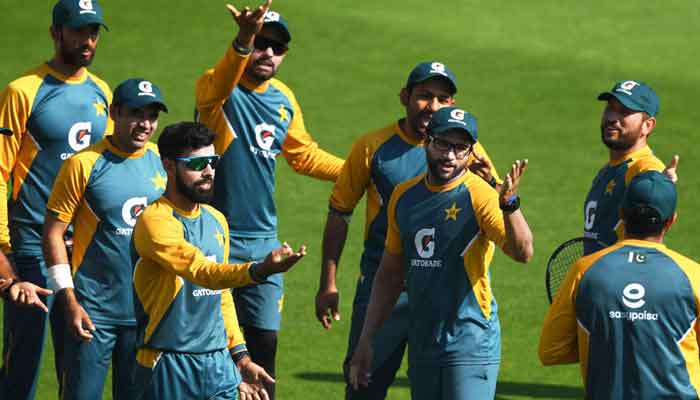 The Pakistan Cricket Board announced that a player named in Pakistan’s squad for the upcoming series in South Africa and Zimbabwe has tested positive for coronavirus.

“A total of 35 tests were conducted on the South Africa-bound Pakistan men’s national cricket team on Tuesday, 16 March. All squad members have tested negative, except for one player,” said the PCB in a statement.The PCB did not identify the player who tested positive.

The cricket board said barring the player that tested positive, the rest of the squad has been asked to assemble in Lahore on Thursday for the training camp. The camp will begin from Friday at the Gaddafi Stadium in Lahore.The PCB said that the player who tested positive will undergo a repeat test on Thursday at his residence.

“If he tests negative, only then will he be eligible to travel to Lahore where he will remain in isolation for two more days before being retested,” said the PCB regarding the tested player’s path to join the squad.—Wasim Qadri, Senior Sports Journalist and Television Show host, based in Islamabad, can be follow on twitter at @jaranwaliya