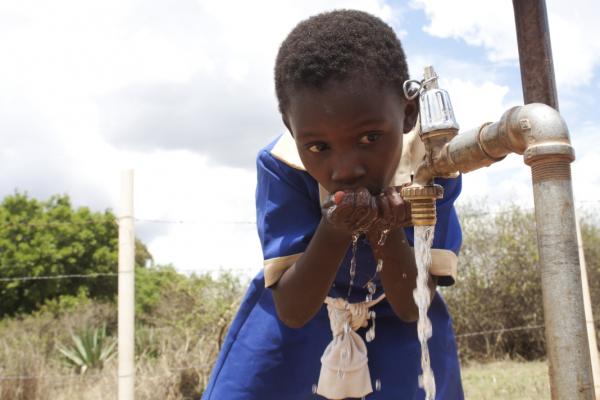 22 March 2021The United Nations World Water Day is commemorated every year on 22 March. It is a day dedicated to reflection on the importance of water as a basic need that is pivotal for the survival of humankind. The theme for 2021, “valuing water”, comes at a time when the world is battling the COVID-19 global pandemic and access to clean water is critical.

The Zimbabwe Human Rights NGO Forum (the Forum) joins the rest of the world in commemorating World Water Day. The Forum also takes the opportunity to note that whilst the right to safe, clean and potable water is constitutionally enshrined in terms of section 77 of the Constitution, the availability of the same remains scarce, with numerous areas having gone for gone for years without the provision of water by local government authorities. Within urban areas, it is commonplace that residents endure as many as five days a week without running water. The resultant effect is citizens having to resort to the use of unsafe water sources such as shallow unprotected wells and boreholes, a situation that does not auger well in the midst of a pandemic.

The Forum is further concerned with the apparent neglect of sewer reticulation services across the country as evidenced by multiple incidents of raw sewer water flooding the streets, wetlands and open water bodies which subsequently feed into main reservoirs that are used to supply potable water to citizens. The contamination of water bodies does not only affect the quality of water consumed by citizens, but it also has a bearing on the amount of chemicals needed to purify water. This in turn increases the costs of purifying water which further burdens the economic situation of citizens.

The value of water in the fight against COVID-19 cannot be underestimated. The World Health Organisation and the Zimbabwe National COVID-19 Protocols require constant hygienic efforts, particularly the regular washing of hands under running water. This is unattainable in Zimbabwe due to an overall erratic water supply.

A compounding risk factor is the propensity for violence and abuse at communal water sources. The risk of spreading COVID-19 among other diseases, and the general abuse of children, women, girls and people with disabilities has been reported at community boreholes in most neighbourhoods. There is an evident intersectionality between water scarcity and the perpetuation of other human rights violations.. It is imperative that urgent redress be provided in order to mitigate the potentially disastrous effects of poor water supply and sanitation during a virulent pandemic.

Apart from the constitutional mandate to provide clean and potable water, the Government of Zimbabwe also has the same obligations under international law as clearly articulated in the International Covenant on Economic, Social and Cultural Rights, the Convention on the Elimination of all Forms of Discrimination against Women and the Convention on the Rights of the Child. Equally important is that the government has obligations to protect wetlands as provided for in Article 2 of the Ramsar Convention which the government signed in 2013. Wetlands are an important source of water.

As the world commemorates World Water Day, the Forum recommends that: