As Mnangagwa lines up cousin for Vice President 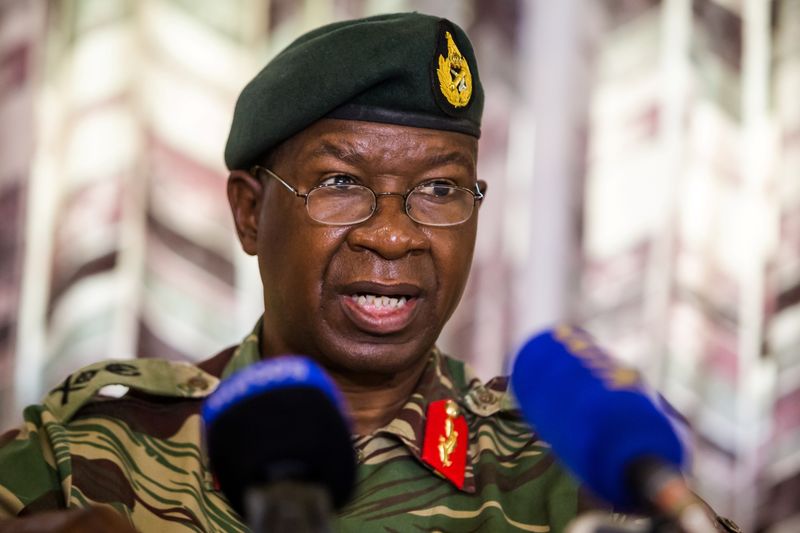 Today is Easter Friday, the day that Jesus Christ was crucified. Christians like me will use this day to prayerfully reflect on the Son of Man who paid the ultimate price to save humanity from its collective frailties and inadequacies.

For me, the seminal biblical verse during Easter is that utterance on the Cross when Jesus calmly mutters: ” It is finished ” as He bows His head and commits His spirit to His Father (John 19 verse 30).

As Emmerson Mnangagwa lines up his cousin Phillip Valerio Sibanda, whose renewable one year term my impeccable sources say ended 48 hours ago on Wednesday, to take up the Vice President’s post, it is clear that all pretence that Zimbabwe is a democracy has now been busted.

The seminal verse ” It is finished ” denotes an accomplished mission. Jesus Christ was the human form of God who came to live like— and among—the rest of us. He had taught the gospel and lived it; He had performed many miracles, healing the sick and the lame and addressing the concerns of the infirm. As He hung on the Cross at Calvary, It is finished was a valedictory statement that marked the successful accomplishment of his earthly mission.

It is pertinent to state that I am not a lawyer but a journalist and an ardent political scientist. I am therefore not aware of the legal niceties and specific details of the contract of CDF P. V. Sibanda, a former army commander himself. But that he has been serving a renewable one year term, which reportedly expired this week as told by my informants, appears consistent with the phrase ” not more than five years ” as stipulated in the Constitution.

If his contract has not been renewed, P. V Sibanda could yet be in the cooling off period before his appointment into the presidium as Kembo Mohadi’s replacement sometime this year or early 2022. Mnangagwa is said to be worried that it would be impolitic to have PV Sibanda trade his military fatigue for the party slogan in the same week and is reportedly considering pasturing out his relative for a “cooling off” period pending his political appointment sooner or later.

PV Sibanda is Mnangagwa’s cousin and if and when he gets appointed to the Presidium, the tribalisation and villagisation of the State and the party will have come full circle. If Mnangagwa’s mission was to villagise and “clanitise” the party and the State, then the mission may well have been completed.

As stated earlier, the seminal Easter verse that is the theme of this week’s instalment denotes completeness and fulfilment of a vocation. It marks and expresses the accomplishment of a mission.

In his own uniquely wicked and blasphemous way, Mnangagwa, through his continued nepostic crusade, is loudly announcing the accomplishment of a mission. Indeed, the primitive penchant to villagise the State has awed friend and foe alike.

Mnangagwa’s pending appointment of his own cousin into the Presidium may well be the apt fulfilment of his personal mission to “clanitise” government and the party. There is no longer any party or government to talk about as both the State and Zanu PF may soon be family treasures that brothers may well bequeath to each other.. The sinister mission is as good as accomplished.

A fortnight ago. I named over 20 of Mnangagwa’s cousins, uncles, nephews, nieces, clansmen, tribesmen and tribeswomen that he has appointed to Cabinet and deployed to the party, to quasi-State institutions, to provincial ministries and other strategic bodies to represent petty personal, factional and clique interests.

It has turned out even the defectors belong to his tribe and come from his original and adopted provinces. The man is simply a primitive tribesmen and any pretence that he is a national leader has now been utterly busted. The pretence that this villager is a statesman has now been sufficiently quashed.

Mugabe did the same when he appointed his cronies and relatives to strategic State institutions. I argued a fortnight ago that Mnangagwa “couped” his way under the false mantra that his entry to the helm of the State signified a new dispensation and marked what he called a Second Republic.

Mnangagwa’s blood-soaked tenure has been in no way a Second Republic but an insidious and more callous continuation of the First. What is only second about this so-called Republic is that the tyranny level is second to none!

After my instalment two weeks ago on Mnangagwa’s acerbic crusade to tribalise, villagise and “Karangise” government and his party, several disgruntled senior Zanu PF officials came to my inbox to give me more evidence.

They told me, for instance, that Nokuthula Matsikenyeri, who replaced Dr Ellen Gwaradzimba as Manicaland governor is a Karanga who was married into Manicaland province in the Chimanimani area. Oppah Chamu Muchinguri Zvipange Rushesha Kashiri, who was a tete or aunt to Ellen and who fancies herself a key Mnangagwa ally and a Manicaland godmother, is a Karanga from Mnangagwa’s home province of Masvingo. Muchinguri-Kashiri may speak fluent Manyika but she is a Mnangagwa homegirl whose father initially came to Manicaland as an agricultural extension worker (mudhumeni) and eventually settled there.

The same is true about Mike Madiro, a Lacoste factionalist since the Dinyane days in 2004. Madiro, a fellow Karanga originally from Masvingo, is now Manicaland provincial chairman—a provincial godfather who was recently appointed deputy Minister of Transport.

The regime has perished its own mantra that it is a new dispensation. The pretence to novelty and “newness” has now been utterly vanquished.

The Mnangagwa government has been claiming that it represents a break from the past, which past was evidenced by a clear State/Party conflation during the Robert Mugabe years. But with political defectors now being welcomed at State House, Mnangagwa has confirmed he cannot tell the difference between the State and the party and the distinct business that ought to be transacted either at State House or at the party headquarters.

The distinction between State and party has now been completely obliterated.

Under Mnangagwa, State House is now shorn and bereft of the dignity associated with the Presidential residences the world over. Under ED, State House has become a parade square of defecting mercenaries.

The whole presidium has become a bunch of political touts who rant and rave at the political terminus called State House in cheap defection skits that are broadcast on national television. The President and his deputy have been reduced to political touts at State House , mahwindi whom we invariably hear as they holler and shout, exhorting innocent Zimbabweans to come and board their ramshackle political bus called Zanu PF on a doomed trip to Hell.

State House is now akin to a bustling taxi rank —-a hive for pirate taxis popularly known as mushika shika where a whole President and his 2 IC sonorously shout during the well choreographed defection sessions as they vend and market Zanu-PF as the ultimate political transport to a doomed destination. The dignity of State House and its reputation as a citadel for transacting national business beyond cheaply partisan matters is long gone, eaten away by a thespian Head of State given to cheap parody and dry political stunts. It appears the mission to bastardise the venerated Presidential palace has now been fully accomplished.

The ZBC, purportedly a national broadcaster with a mandate to give diverse and equal coverage to all political players consistent with section 61 of the Constitution, has now degenerated into ” Emmerson and Auxillia TV “. For husband and wife are now the only main news items on the national broadcaster, sharing hours of prime time news coverage between them. The ZBC has become ” Emmerson and Auxillia TV ” , a station where only the two of them receive protracted in-depth coverage; each absolving the other. All pretence that the ZBC is a national broadcaster is long gone.

As we commemorate the crucifixion of the Son of Man this Friday, let us remember heinous acts the Mnangagwa regime has committed in the past 28 months since its gunnified entrance on the political dais in November 2017.

The callous murders of innocent citizens, the arbitrary arrests, the State-sanctioned abductions, the highly toxic and undeserved recalls, the closure of democratic space and the deliberate onslaught on the legitimate opposition in order to create a one-party-State are all well documented.

Jesus Christ may have been crucified on this day but Mnangagwa too has equally crucified the last vestiges of whatever crucibles of democracy were still remaining in Zimbabwe. Mnangagwa has captured all institutions of the State including the sacred pillars of democracy such as the Judiciary and Parliament as well as all independent Chapter 12 institutions.

He has usurped the work of the Zimbabwe Anti-Corruption Commission by creating a “special unit” in his own office while ZEC has been given executive political orders not to hold by-elections, beginning last year when Constantino Chiwenga forced the “independent” electoral commission to backtrack and suspend by-elections whose dates they had earlier proclaimed.

Just as they nailed Jesus Christ on the cross on this day, Mnangagwa is equally nailing the last remnants of democracy on the cross of political expediency.

There is neither an iota nor a semblance of democracy still left in the entire body politic.