Zimbabwe asked the African Export-Import Bank to delay the arrival of Johnson & Johnson Covid-19 vaccines on concerns over the possibility the shots may cause blood clots and its inability to keep the doses at the right temperature. 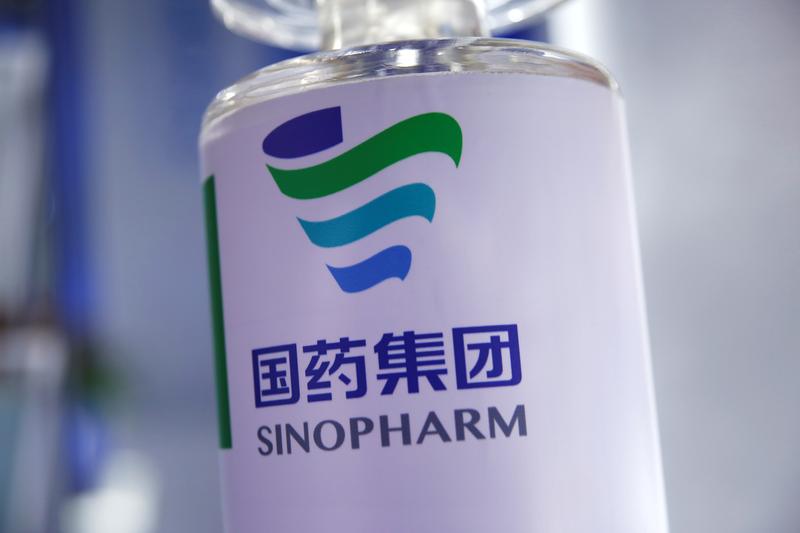 FILE PHOTO: A signage of Sinopharm is seen at the 2020 China International Fair for Trade in Services (CIFTIS), following the COVID-19 outbreak, in Beijing, China September 5, 2020. REUTERS/Tingshu Wang

The African Export Import-Bank is managing funding for the program for the African Union, which has secured doses from a number of suppliers.

“Zimbabwe is not yet ready to participate in the August allocation as measures are still being put in place to establish the cold chain management framework for the vaccines, as well as on management of the anticipated adverse effects of the vaccines,” George Guvamatanga, Secretary for Finance said in letter to Afreximbank’s chief Regional Officer Humphrey Nwugo seen by Bloomberg and confirmed by the National Treasury.

Zimbabwe has so far inoculated more than a million people using China’s Sinopharm vaccine and AstraZeneca Plc doses made in India, putting it well ahead of some of its neighbors. Still, two decades of economic stagnation has degraded its healthcare system. J&J’s vaccine is easier to use than some rivals such as shots produced by Pfizer Inc. as it needs to be kept at temperatures of between two and eight degrees Celsius and can be stored at that temperature for three months.

The delay comes as a shortage of shots in the country has sparked protests at some vaccine sites.

“We will advise our readiness to receive the vaccines once our internal process have been concluded, hopefully in time for the next allocation,” the letter read.

The delay highlights the problems less developed countries face in addition to securing the vaccines. Problems in storing and administering the vaccines has delayed rollouts in some countries.