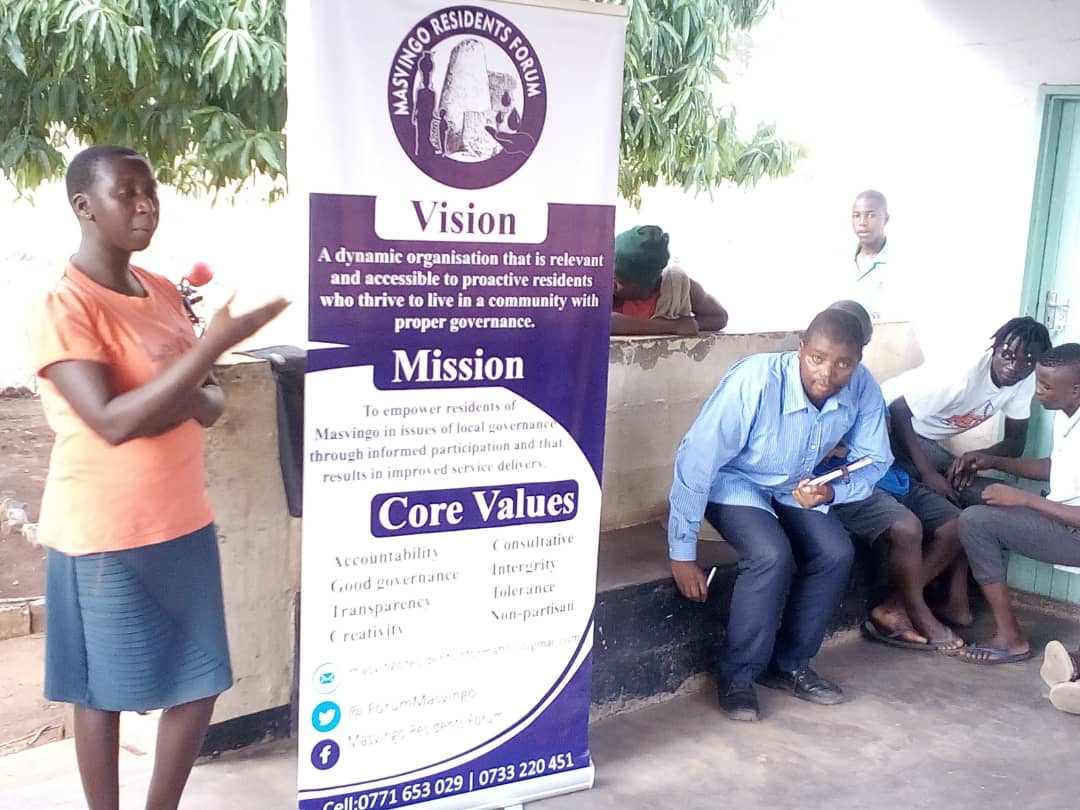 The members peacefully gathered at Masvingo council offices with their empty buckets in protest of the water shortage and absence of clear communication from the council. The nine are on $5000 bail each. The nine MRF members (5 women and 4 men) are secretary general Prosper Tiringindi, R Mavhenge, A Mufamba ward 5 chairperson, Mataga Clara, Christine Mukuma, Viola Masuma, Kudzai Chamunorwa, Matter Zigwata and Leeroy Taylor were arrested for this peaceful protest. These members have been charged with section 37 of criminal law codification participating in unlawful gathering with intent to promote public violence. The water crisis has caused a lot of damage to both the social and economic development within the communities and women in particular the availability of water is vital  towards women empowerment. It is also important to note that both women and girls are exposed to several verbal and physical abuse at water collecting points. The matter was remanded to 14 July 2021 where two more police officers are going to testify.

The security forces are violating the right of citizens to petition local authorities despite deterioration of services. MRF condemned the unlawful arrest of its members on baseless charges. The Zimbabwe constitution guaranteed everyone the right to safe, clean and sanitation for them to live a dignified life. Water is very important for a healthy life. No one can exercise other rights (to work, to life, to education etc) if they do not enjoy their right to water.

On another note the 2019 Audit general’s report highlighted that the Masvingo City Council had finance systems that allowed everyone to make changes and amendments as administrators, which had led to fraud losses, was not controlling fuel withdrawals, and had not been depositing parking charges paid in rand. The council was also allowing spillage of sewage into nearby rivers and streams feeding into the main source of water. “This created a loophole in the system as almost everyone had administrative privileges and could manipulate daily receipts in the receiving menu. As a result, the Council lost at least $78 000 due to fraud perpetuated by two (2) clerks,” said Ms Chiri. On fuel management, the audit found that Masvingo City Council did not maintain a comprehensive record of fuel use last year. “The fuel register available did not indicate the name of the person drawing down fuel from stores and the purpose for which the fuel was required. Absence of a comprehensive record may create opportunity for fuel misappropriation,” said Mrs Chiri. MRF is advocating for the current administration and elected officials to put in place sound practices to protect public funds.

Residents of Masvingo resort to walking to and from work due to the increase of Zupco fares from $50RGTs to $1 use or equivalent a single trip to town from surrounding locations. Since the warning of local transports in March 2019 the government had not yet allowed them to resume operating.