The Parliament of Zimbabwe has conceded that President Emmerson Mnangagwa didn’t assent to the Constitutional Amendment Bill (No.1) before it became an Act. 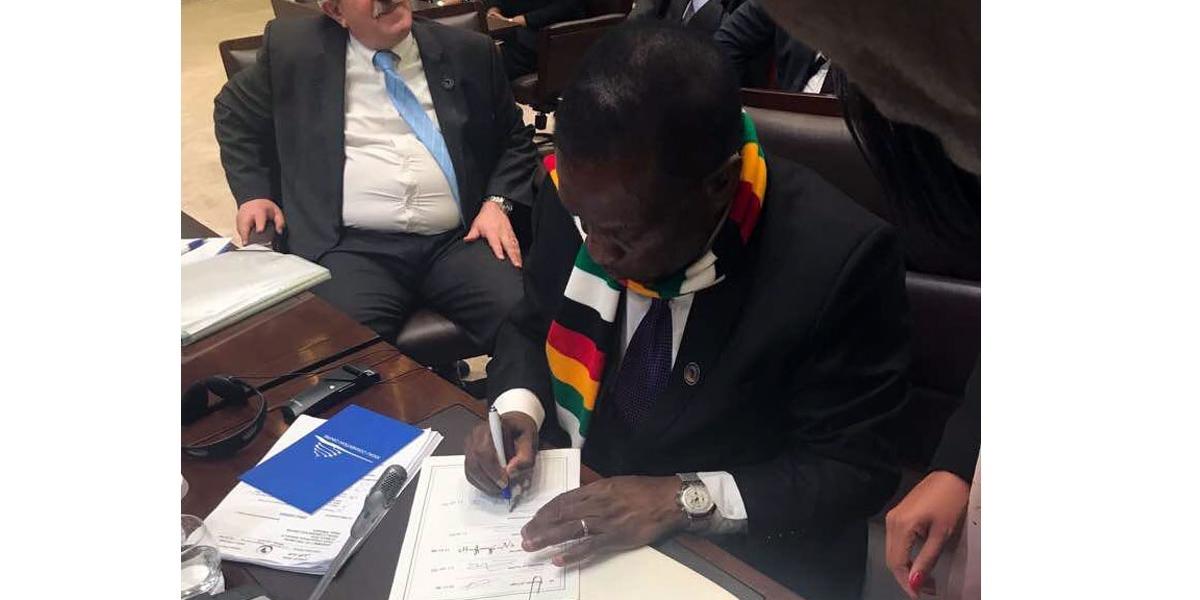 This came out in an affidavit by the Speaker of the National Assembly Advocate Jacob Mudenda who on behalf of Parliament was opposing an application by the Law Society of Zimbabwe (LSZ) to have Amendment (No.1) Act and Amendment (No.2) Act nullified.

Mudenda argued that there was no need for Mnangagwa to assent given that former president Robert Mugabe had already assented to the Bill. He said:

_The Constitutional Amendment Bill (No.1) of 2017 became law on the 7th September 2017, long before the dissolution of the eighth Parliament- hence the Bill was not pending before Parliament on the 29th of July and for this reason, it did not lapse, as alleged or at all._

_The Act was not a Bill pending before Parliament on the dissolution of the 8th Parliament as alleged. This Court only suspended the declaration of invalidity on condition that the Senate complies with its order in terms of Section 175 (6) (b) of the Constitution. Otherwise, the said Act was not set aside. In any event, the declaration of invalidity was going to take effect from the date of judgement, being the 31st of March 2020 and not before._

The LSZ is arguing that the admission was confirmation of a violation of section 328[10][b] of the Constitution which directs the President of the Senate to present a certificate to the President for assent and signature if the Bill gets at least two-thirds of the membership of Senate.