Today, 7th August is Itai Dzamara’s birthday (born August 7, 1979). Itai Dzamara’s family continues to suffer a general state of anguish, insecurity and fear. Itai Dzamara was abducted on 9 March 2015 and six years after the abduction the family does not know the whereabouts of their beloved one.1 Itai Dzamara would have been celebrating his 42nd birthday with his family today! 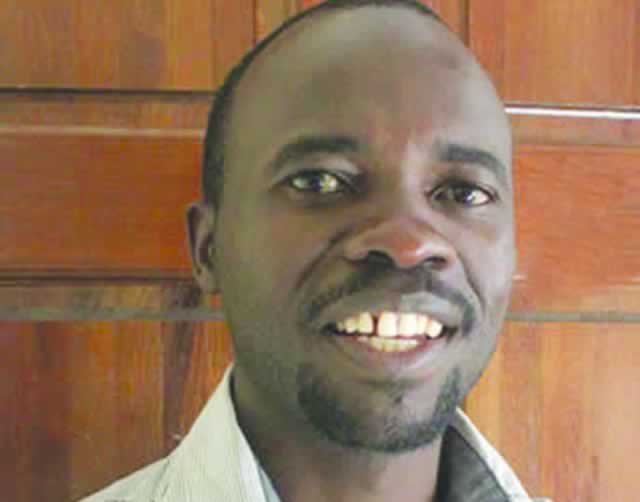 Has been missing since March 2015 … Itai Dzamara

I was Itai Dzamara’s lawyer and bear first-hand information on the encounters I articulate below. Six months after High Court Judge Justice David Mangota ordered the Zimbabwe Republic Police (ZRP) and the Central Intelligence Organisation (CIO) to conduct a search for freelance journalist and pro-democracy activist Itai Dzamara, who went missing in March 2015, the ZRP summoned lawyers representing the Dzamara family to participate in a joint probe search following some information leads which were passed on.

Kennedy Masiye I was part of that team! Also please note that the Zimbabwe Police Investigations team on the disappearance of Itai Dzamara, which was then led by Assistant Commissioner Makedenge, has this information.

Itai Dzamara is still missing as result of a forced abduction by functionaries of the Zimbabwean government. The Government of Zimbabwe has not offered convincing proof that would allow any reasonable person to determine that the allegations are not true. The Zimbabwe Republic Police has in its possession all the evidence needed to seriously investigate the abduction but alas they have ignored, neglected or simply refused to seriously investigate the case. The police even know the names of the people who are suspected to have abducted Itai Dzamara who are as follows: Tichareva Mubaira, Liberty Shamu, Owen Ziwanai Mazarura, Tendai Chinyani, Watson Marufu(identified as a military officer stationed at KGVI).

These names are also in the police communication written by Assistant Commissioner, Officer Commanding Law and Order, Mr. Makedenge and dated 24 September 2015 addressed to the Zimbabwe Republic Police Director of Legal Services. I suggested to Mr. Makedenge to trace these suspects using information provided on the Identity documents with the Registrar General but refused!

There is documentary evidence to show that Itai Dzamara was kidnapped and disappeared in Zimbabwe in March of 2015 and that act can be attributed to either or, jointly or severally to the Armed Forces of Zimbabwe, the Zimbabwe Republic Police and the Central Intelligence Organization in Zimbabwe. Various witnesses anonymously produced evidence of how Itai Dzamara was kidnapped, imprisoned in clandestine jails and tortured.

The police even have the number plate of one of the cars identified as used to abduct Itai Dzamara as ABG2862. Investigations revealed that the vehicle registration ABG2862 belonged to one Ishmael Matyenyika. Matyenyika was interviewed in my presence, even though his testimony seemed coached, he told the police and produced some documents showing that he bought the vehicle right at the same period the car was identified in the abduction.

The agreement of sale showed that Ishmael Matyenyika had acquired the vehicle from the Zimbabwe Republic Police vehicle auction at Southerton Police and it was previous owned by the police (what a coincidence). According to evidence available so far, the modus operandi of how Itai Dzamara was abducted seems to have followed a well know pattern on the practice of disappearances in Zimbabwe. They used at white twin cab motor vehicles and identified themselves as Police officers. The kidnapping was selective.

Furthermore, the testimony of the three witnesses who witnessed the abduction shows that Itai Dzamara was first placed under surveillance, then the kidnapping was planned. All the witnesses present at the barbershop were the abduction happened, testified that, before the abduction took place, they saw white double cab vehicles parked at all the street corners surrounding the barbershop. Photographic evidence and subsequent evidence in the police’ possession confirmed the existence of secret jails and of specially chosen places for clandestinely buring dead bodies.

4 Images of Itai Dzamara blindfolded, with hands tied behind his back were sent to the Dzamara family.

The images portrayed a subjection to cruel and humiliating treatment and torture. The family verified the image of the photo and confirmed that it was indeed Itai Dzamara. The evidence also showed that within the Armed Forces of Zimbabwe there was a tortured group and an interrogation group in his unit. In police communication written by Assistant Commissioner, Officer Commanding Law and Order, Mr. Makedenge and dated 24 September 2015, investigating information received, it was highlighted that Itai Dzamara was abducted by the above mentioned people and taken to Border Gezi for four (4) days then moved to Goromonzi farm by Watson Marufu from Army KG6 after a meeting between the Army, Police, and CIO accusing each other.

The information also said that Itai Dzamara was killed and buried at Chikurubi prison cemetery, grave 71, exhumed, taken to a dam in Chitanda Farm, Mazoe Road. Chitanda Farm is where the CIO headquarters is being built. When queried by the family, and lawyers with executing a writ of habeas corpus filed in the High Court of Zimbabwe when Itai Dzamara was abducted, the authorities systematically denied any knowledge of the detentions or the whereabouts or fate of Itai Dzamara.

Surprisingly, even after the High Court ordered that the Zimbabwe Police must give a report on the investigations to the court it took the police several months to comply only to act when lawyers threatened contempt of court proceedings. This attitude by the Zimbabwe government is not new, in the past, they have refused responsibility even in the cases of persons who later reappeared (Jestina Mukoko case and others) in the hands of the same authorities who had systematically denied holding them or knowing their fate. The kidnapping of Itai Dzamara was carried out in broad daylight by men in civilian clothes who used a vehicle with license plates. There can be no doubt that the government of Zimbabwe knows what happened to Itai Dzamara. The Dzamara family have the right to know the whereabouts of Itai and the government