About 38 000 people have been arrested since the 1st of July when operation "No to Cross Border Crimes" was launched. 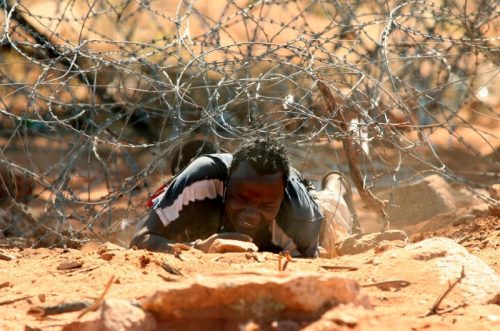 The Zimbabwe Republic Police announced that over 170 people were arrested on Sunday. Said the police in a statement this Monday:

On 01/08/21, Police arrested 176 people for cross border-related crimes while 106 others were arrested under operation, code-named, ‘Usalama V11’.

With both Zimbabwe and South Africa closing their borders to curb COVID-19, many Zimbabweans have been caught attempting to jump the border from and or into South Africa.

Some will be escaping from the biting economy in Zimbabwe or will be going to the other side of the border to purchase goods for resell in Zimbabwe.

The lockdowns in South Africa have forced some, especially the undocumented, to risk their lives by crossing the border at undesignated points.