Prominent Zimbabwean journalist and documentary filmmaker, Hopewell Chin'ono, says the reason why Zimbabweans remain oppressed is that they are happy with the status quo. 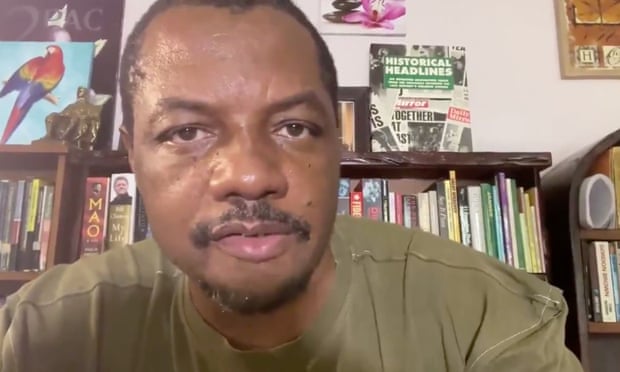 Zimbabwe has been under uninterrupted ZANU PF rule since independence from Britain in 1980. From 2009 to 2013 the country was under a ZANU PF and MDC-T coalition government but the opposition party was a junior partner, with no control over defence and security as well as foreign affairs.

In a Facebook post on Wednesday, Chin’ono said Zimbabweans’ stupidity is shown by their desire to dance to Rhumba music produced by a musician hired using looted public funds to praise the looters. Wrote Chin’ono:

When you live in a country where public funds are looted, citizens walk on top of raw sewage, the looted money is used to pay foreign musicians who are used to praise sing the leader of the looters, then you know that in your midst you have a lot of stupid citizens!

If you are in a country with people who would rather they live in a place where public funds are diverted from fixing basic things like water, accommodation and having working sewage systems, and instead paid to a rhumba musician to praise sing a president who authored their suffering;

Then you should know that there are idiots in your midst!

Anyone who justifies money being looted so that they can dance to rhumba music is not only an idiot, they are suffering from ARRESTED Development!

I don’t cafe how many people watch a song where their tormentor is being praised, it doesn’t change the fact that those who defend such madness remain idiots!

Even if they are one million, they will be one million idiots! History will judge who was right and who was an idiot!

You have no clean drinking water, you probably have no job, you have no passport, you have no savings, you have no home of your own, you have no future, yet you see nothing wrong with public funds being looted to pay praise singers.

You are a FOOL!