CHINESE mining company, Heijin, has reportedly told villagers in Kaseke, Uzumba district, that they have no capacity to stop their eviction to pave way for granite stone mining as they have no title deeds to the disputed communal land. 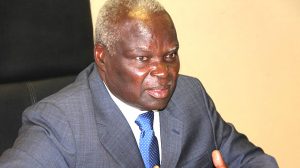 Chief Nyajina last Wednesday told a high-powered government delegation tasked to resolve the land dispute that the mining company’s representatives had told them to stop fighting for their ancestral land since they did not have rights to it.

Chief Nyajina said the company’s representatives were disrespectful and claimed to be connected to the highest offices on the land.

“What pained me the most is when this company told us villagers are not important as we do not have title deeds to our land. In other words, that means that those with mining certificates are now the custodians or owners of the land and we do not matter anymore,” he said.

The traditional leader, who is resisting the takeover of the entire village by the company without following necessary procedures, said the Asian miners told him to look for alternative land for his subjects.

“Here are the questions ministers: If we award 300 hectares to one person in the rural areas, where are our children going to stay? Where will I put all those people? A Heijin representative openly told me and my village heads to look for alternative land for our people — and I asked, where? Is this the correct procedure which they followed?

“There should be consultations with the community first. My word to Deputy minister Kambamura is that the way these blocks are being parcelled out is not proper. We only see people coming with letters from the Mines ministry stating that a certain piece of land is now theirs,” he said.

“We have other companies that have invested in our area. They engaged us before they started mining operations. We told them of sacred places that should not be disturbed and they listened. But this company (Heijin) is not like that. I do not know where their powers are coming from. I suggest that their powers be trimmed.”

Chief Nyajina further alleged that the Mines ministry had misrepresented facts to the effect that only 20 households would be affected after 300 hectares were pegged.

“We found out that more than 70 homesteads fall within the pegged area yet a government official claimed that only 20 households would be affected. Moreover, the mine representatives are saying only five households are affected. People should stop lying to the nation,” he said.

Government officials then promised to summon the mining company and Mashonaland East provincial mines officers to resolve the standoff.