ZANU PF on Monday threatened unspecified action on the warring party factions after fights disrupted internal district elections at the weekend and yesterday. 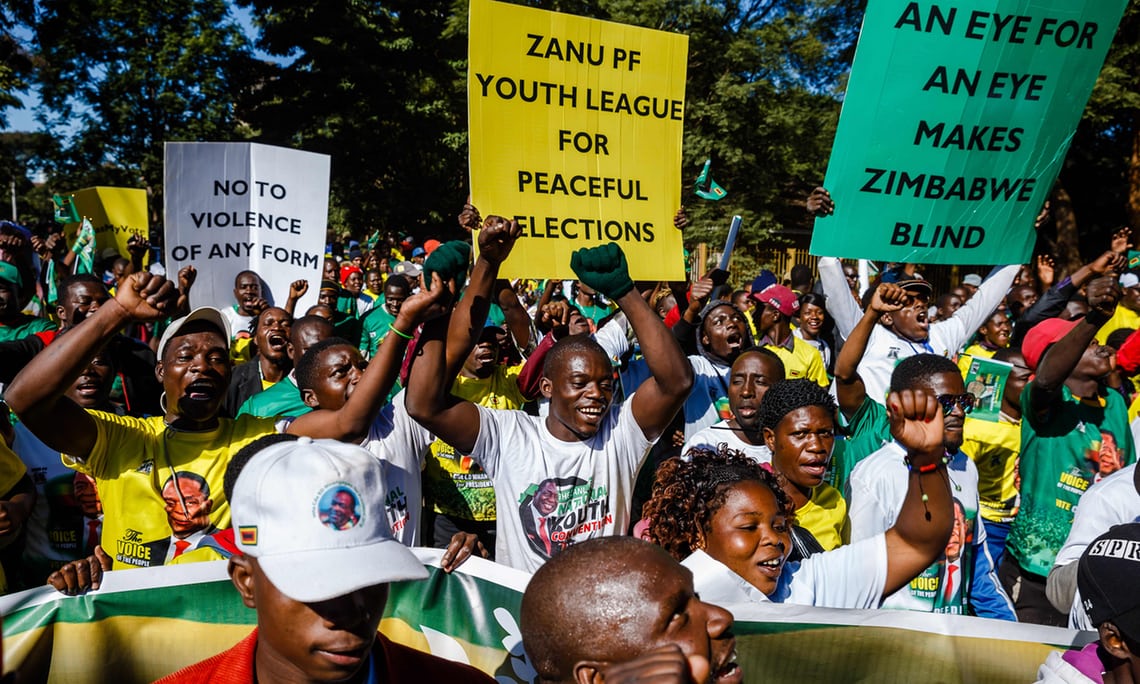 The governing party was last week forced to postpone polls to choose provincial executive members following the eruption of violence.

The party’s district elections are being held at a time when factions reportedly aligned to President Emmerson Mnangagwa and his deputy, Constantino Chiwenga, are gearing for senior party posts ahead of provincial elections.

Madiro was on Sunday whisked away by the police and State security agents assigned to him as the situation got tense.

Zimbabwe National Liberation War Veterans Associations national political commissar Joel Mureremba, who was part of the protesters, said they would camp at the party headquarters until their issues were addressed by Chinamasa. He said:

I am surprised that in Burma Valley, we were forced to have a re-run because comrade Madiro’s candidates had lost…

But Zanu PF acting national spokesperson Mike Bimha said the party did not believe in violence and would look into all cases and ensure that “necessary” disciplinary measures were instituted.

Any violence of any sort is condemned and we would want to take disciplinary action.

In the Gokwe-Nembudziya constituency, local Member of Parliament and Gokwe North DCC chairman Justice Mayor Wadyajena confirmed that there was violence resulting in some machete-wielding youths being arrested.

Wadyajena denied reports that he ran to the police camp to seek refuge after some violent party members moved to attack him. He said he went as DCC chairman to solve the dispute between parties and to secure the release of “a kidnapped guy, falsely accused of hiding papers.”

Voting is likely to take place today in the remaining seven districts amid concern that some may not be able to vote since they work during the week.