MDC Alliance president Nelson Chamisa has called on President Emmerson Mnangagwa’s government to respect fighters of Zimbabwe’s war of independence and address their grievances rather than harass them. 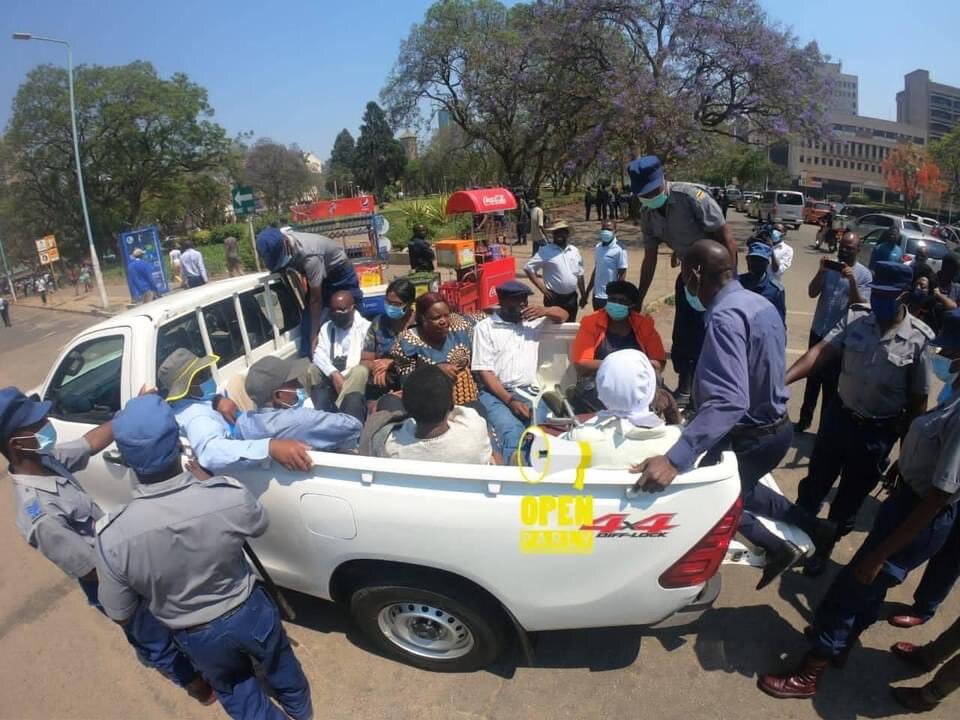 This come after several war veterans were arrested in central Harare on Tuesday for protesting against poor pension stipends.

Chamisa took to Twitter this Wednesday morning to express solidarity with the incarcerated ex-combatants, saying his government will never “ignore or forget” them. He said:

AS A PEOPLE’S GOVERNMENT we will never harass, terrorize, disrespect, victimize, ignore or forget our war veterans and liberation heroes.

Their welfare and dignity is and shall be our top priority. All their grievances must be addressed. Stop arresting and harassing our liberation heroes.

About 40 war veterans were detained at various police stations in Harare, with some taken to Harare Central Police Station, while the rest were taken to Rhodesville and Borrowdale police stations.

The veterans had gathered at the Africa Unity Square to protest over the $16 000 monthly allowances they are getting from the government when police in riot gear swooped on them.

This is the second time the war veterans have been arrested this year.

In August, nine of them were arrested for protesting at Finance and Economic Development Minister Mthuli Ncube’s offices, demanding a review of their pension benefits.

They were, however, released in the dead of night without charge, allegedly following instructions “from the top”.