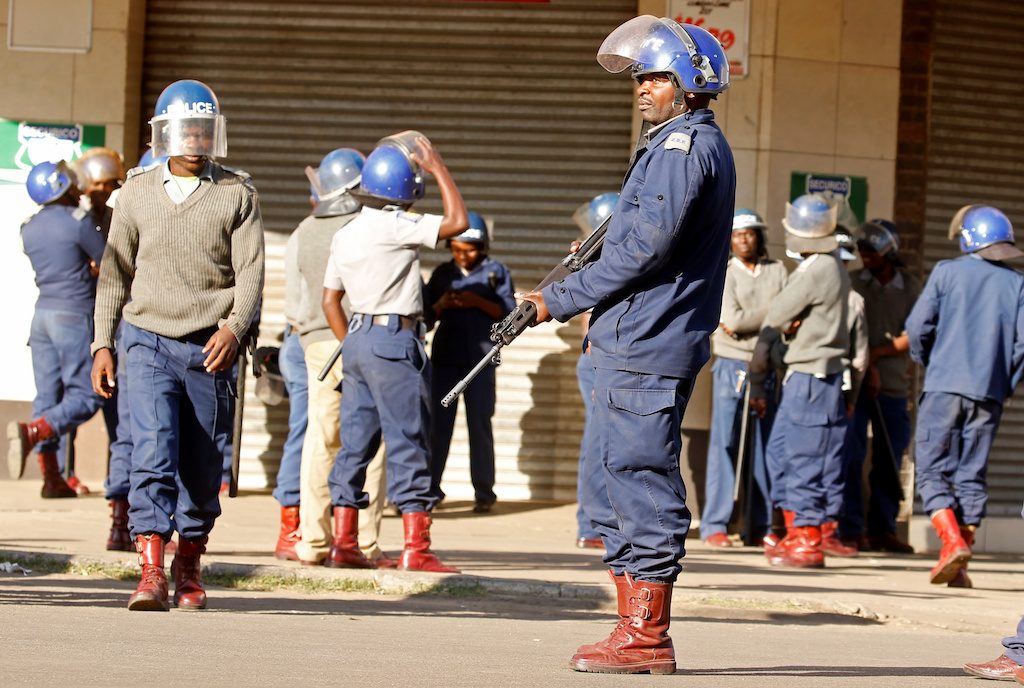 Under Section 219 of the Constitution, the Police Service have an obligation to preserve the internal security of Zimbabwe, maintain law and order as well as a duty to protect and secure the lives and property of the people.

In light of this constitutional imperative, the MDC Alliance is concerned with the political posturing by the Police Service and the unfounded allegation that members of the MDC Alliance are not cooperating with police investigations into the attempted assassination of President Nelson Chamisa and political violence that took place on Monday 18 October 2021.

We wish to place on record the fact that a police report was made by our members led by Vice President Karenyi-Kore in the company of our Organizing Secretary, Hon Chibaya, our Deputy Secretary-General, Hon Chimhini and Hon Mutseyami. The report was recorded under RRB4124513. It was made in the presence of our lawyers.

We are accordingly surprised that Police Spokesperson Paul Nyathi alleged to the press that he was unaware that a report had been made. His allegation is simply untrue.

The police sent forensic officers to inspect the vehicles and conduct a check on the number plates of the vehicles concerned.

The police officers were given access to the vehicles and full cooperation. Our lawyers were present at all times. The officers took photographs and the ballistic team conducted their examination.

Accordingly, we are surprised to learn of an alleged failure by us to co-operate communicated through the press. It is not true that we have not cooperated.

What troubles us is the fact that no investigations have commenced or arrests effected in respect of the actual perpetrators of the attempted assassination and political violence.

Four days after video footage went viral of the perpetrators of the violence, why have no arrests have been effected?

Why are the police allowing ZANU PF to erect illegal roadblocks and disturb the free movement of vehicles?

Why are these thugs being allowed to search citizens who are going about their business?

Why is ZANU PF being allowed to unlawfully bus in in excess of 300 thugs to our meetings with community leaders and harass and abuse our members?

The descent into lawlessness and the breakdown of the rule of law call into question the independence of the police and their commitment to carry out their constitutional functions.

We call into question the professionalism and independence of the Police who have actively worked against us in the past and throughout the course of this citizen conversation tour.

They have been taking instructions from Zanu PF thugs at roadblocks and shielding the perpetrators of violence committed against us. They have watched while we were being stoned and mobbed.

Instead of ensuring the safety and security of persons and property in line with their constitutional imperative, they have either turned a blind eye or been complicit in the violence. Where is their bona fides or fidelity to the Constitution?

The events of the last fortnight demonstrate that they have not exercised objectivity in their dealings with us since the political violence started in Masvingo.

There is a confidence gap that makes it hard for us to trust that they will carry out their duties constitutionally. The onus is on the police to demonstrate that they are objective.

They have a history of prejudging these matters and turning on the victims. We saw what they did with the MDC trio.

Following the abduction, torture and sexual assault of Joana Mamombe, Cecilia Chimbiri and Netsai Marova, a police report was made which led to the arrest of these women on allegations of communicating falsehoods.

They were then prosecuted for making the report while the perpetrators were never brought to book.

Several other victims of political violence and torture have suffered the same fate. Their modus operandi and pattern of conduct tell a sad tale.

We call for the Police Service to focus on holding the perpetrators of violence to account in accordance with their obligations under section 219 of the Constitution.