Opposition MDC Alliance leader, Nelson Chamisa has claimed that President Emmerson Mnangagwa is nothing like the late statesman Robert Mugabe and that he would “beat him” if a snap election was called today. 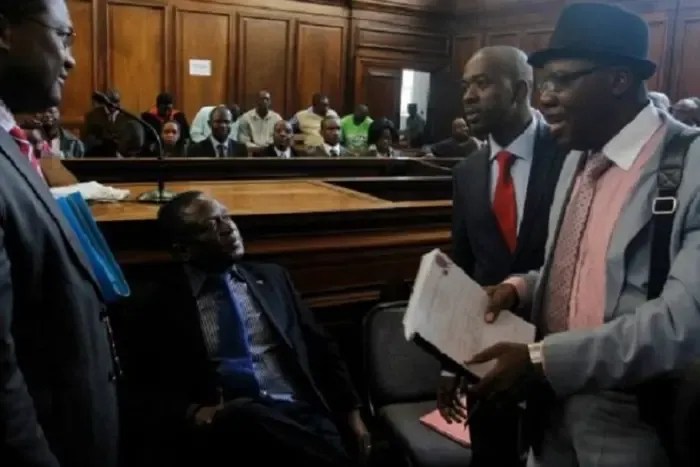 MDC Alliance leader Chamisa said that Mugabe at least had a bag of tricks at his disposal to win people over, but Mnangagwa wasn’t in the same league.

Though rallies are outlawed in the country because of Covid-19 lockdown measures, Chamisa seized an opportunity to visit Charumbira village in Masvingo to see the family of Joseph Mutema, a veteran member of his party who died in August this year. Addressing the gathering, Chamisa said:

That brother of mine who likes wearing a scarf [Mnangagwa], I can beat him [electorally] in broad daylight. Mugabe would at least confuse people with English, but this one, he can’t. He also can’t read, he has no vision. He’s unpopular, he has no friends.

Chamisa had a hard time getting to Mutema’s house as his convoy of 13 cars was attacked by unidentified assailants.

MDC Alliance claims it was Zanu-PF hooligans, with the help of the police, who were responsible.

Zanu-PF claimed the former ICT minister was attacked as he forced himself on “Villagers (who) did not want to be addressed by him [Chamisa] for obvious reasons.”

Sources in Zanu-PF told TimesLIVE there would be a fact-finding mission to establish how Chamisa managed to penetrate the area.

But information secretary Nick Mangwana said he found it strange that the political violence happens just a week before the UN special rapporteur on the negative impact of sanctions on the enjoyment of human rights is expected in Zimbabwe.

This is happening as Zimbabwe prepares for the 2023 elections.