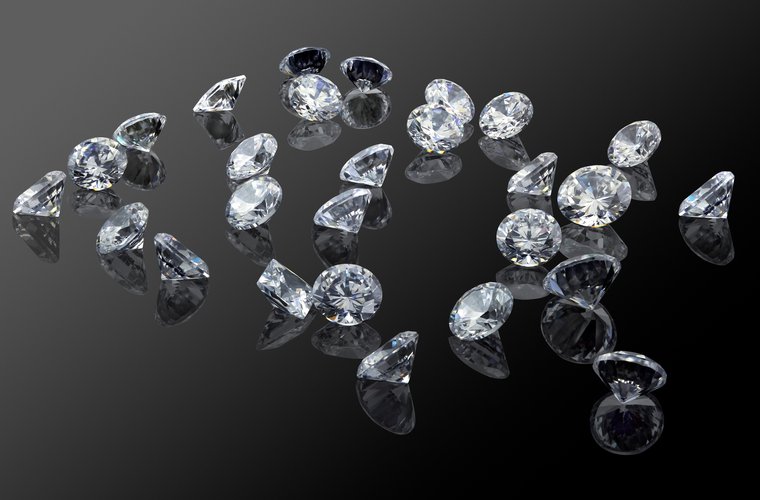 But the famously fractious certification scheme greeted the most surprising announcement—Zimbabwe’s bid to be named vice chair, the traditional stepping stone to becoming chair—with an also-surprising lack of dissent.

In 2022, current chair Russia will hand over the gavel to Botswana, which will chair the process that year, while Zimbabwe serves as vice chair. According to custom, Zimbabwe will serve as chair in 2023.

Certainly, Zimbabwe’s history with the Kimberley Process has been awful, as has the history of its diamond industry. In 2009, violence in the Marange region led to a two-year embargo on goods from the area, which came close to ripping the certification scheme apart, an outcome certain Zimbabwe officials openly wished for.

Marange diamonds remain banned from the United States by two different government agencies. U.S. Customs and Border Protection won’t allow them because of reports of forced labor (which local NGOs have have doubted). And the U.S. Department of the Treasury’s Office of Foreign Assets Control (OFAC) has banned goods from two major mining companies in the area—the Zimbabwe Consolidated Diamond Co. (ZCDC) and Anjin Investments—because of links to sanctioned government officials.

Yet, so far, Zimbabwe has proven a relatively uncontroversial choice. It has certainly stirred up nothing like the ruckus that arose when the United Arab Emirates (UAE) became vice chair, leading the Civil Society Coalition to boycott the UAE’s plenaries and sparking an ongoing cold war with Dubai.

World Diamond Council president Edward Asscher says, after Zimbabwe put its hat in the ring, “There were no comments from anyone. Civil society from Zimbabwe was positive about it. They want diamonds to help improve the local economy.

“In general, I am optimistic,” he adds. “There is a great opportunity to get the situation [in Zimbabwe] much improved, like what happened when Angola was the chair. I think it will have a positive influence. No country can be the chair and be criticized for what’s happening in their country. There’s an opportunity to improve things for people living on the ground.”

So far, NGOs begrudgingly agree. Shamiso Mtisi, coordinator of the KP Civil Society Coalition and deputy director of the Zimbabwe Environmental Law Association, didn’t respond to a request for comment from JCK but told Rapaport he hoped it would lead to further improvement.

Farai Maguwu, founding director of the Centre for Natural Resource Governance in Zimbabwe, is more critical.

“To avoid the chairmanship going to waste, the government needs to put in place a multi-stakeholder task force that advises on various aspects of the diamond sector—human rights, transparency, community development, tackling smuggling, labor issues etc.,” Maguwu says. “Above all, the government needs a clear agenda and a vision as to what it intends to achieve as chair.”

He adds: “It does sound like the government is more concerned with managing how it is portrayed than how it is performing.”

(To demonstrate this, last week, the ZCDC posted an article on its site: “Zimbabwe charms Kimberley Process.”)

Joanne Lebert, executive director of Impact, a Canadian NGO and former member of the Civil Society Coalition, worries that the KP will be rewarding the country for bad behavior.

“Zimbabwe is a well-documented case of a government pilfering the country’s diamond resources at the expense of its own people,” she says. “Once again, we have the fox in the henhouse, and a meaningful conflict diamond definition seems more elusive than ever.”

All that said, local NGOs agree that the situation in Marange is better, particularly with regard to the predominant miner there, the government-owned ZCDC. No violence has been reported for several months.

“There is significant improvement,” Mtisi told JCK last week. “They have tried to address some of the problems.… We have people on the ground and have not heard of anything. I’m not saying this to make it look [rosy]. Zimbabwe being Zimbabwe, the political and economic situation can change any time.”

Maguwu agrees that “under the new CEO Mark Mabhudhu, [ZCDC is] trying hard to turn a corner and rid itself of the shadows of its not-so-glorious past. However, a lot still needs to be done.”

In a move welcomed by NGOs, ZCDC has said it’s completing the self-assessment tool from the Initiative for Responsible Mining Assurance (IRMA), the ultra-strict mining standard body. ZCDC is so far the only diamond miner to publicly announce it’s doing the self-assessment; another is doing it privately, says IRMA executive director Aimee Boulanger.

(Completing the self-assessment is the first step to becoming IRMA certified but doesn’t commit the miner to attaining certification, she adds.)

It’s possible that undergoing the IRMA process will remove the U.S. Customs’ order regarding diamonds from ZCDC—Customs has made exceptions in the past—since it will likely have third-party assurance it uses no forced labor. As the ZCDC is government owned, removing the OFAC ban looks like a harder lift. Still, just undergoing the process will increase transparency in Zimbabwe’s notoriously opaque diamond sector.

“It’s a good step,” says Mtisi. “It might even be a good step for the country. It will put in a positive light what other companies can do.”

While ZCDC seems to be trying to clean up its act, there are still issues surrounding Anjin Investments, the smaller miner in the area that is reportedly a partnership between the Zimbabwe military and China’s Anhui Foreign Economic Construction Group. While there have been no reports of violence at the mine, locals complain of a lack of communication and are wary of its notorious track record.

“Anjin was one of the companies with highest human rights violations previously,” says Billian Matambo, chair of the newly formed Marange Women’s Alliance, on a webinar at the Chicago Responsible Jewelry Conference. “How, then, do they get the right to [come] back, [without any] benefit sharing?”

Abigail Sibanda, gender focal person for the Marange Women’s Alliance, complained on the same webinar that local women are subject to sexual harassment by artisanal diamond miners at a popular trading area, and that some mine effluence continues to contaminate local waters.

The Alliance recently held two protests at Anjin, said to be spurred by a tribal rite not being conducted before its opening. During the second one, protestors were arrested, which Sibanda called a violation of the country’s constitution.

Anjin could not be reached for comment—it has no website—though its human resources manager recently apologized to the Zimbabwe parliament for snubbing a local chieftain and admitted “legacy issues.”

It appears the situation in Marange is better, if still not great. Which brings us to the KP chairmanship.

Many fear if Zimbabwe takes over the KP, that will lend legitimacy to its current government and its diamond trade, which has been hurt by the sanctions and the negative perceptions of its industry. Still, while being KP chair might give Zimbabwe something of a boost, that won’t last long if the situation reverts or deteriorates.

In the end, if Zimbabwe’s diamond industry truly wants to attain international respectability, the surest way to do that is by acting respectably. –JCK