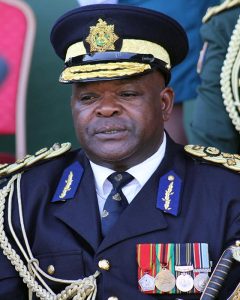 The two Beitbridge residents Edmund Zeyazeya and Benson Tavengwa sued
Kazembe and Matanga for damages amounting to ZWL3 million and ZWL1
million after they severely bitten by a police dog on 1 August 2020 at
a fuel station in the border town by law enforcement agents, who were
enforcing national lockdown regulations.

ZRP officers arrested the duo to cover up for their negligence in
handling the police dog and charged them with disorderly conduct in a
public place as defined in Section 41 of the Criminal law
(Codification and Reform) Act.

Zeyazeya and Tawengwa were offered the option to pay a fine of which
they did and they were released on the same day of arrest. Through
their lawyer Patrick Tererai of Zimbabwe Lawyers for Human Rights,
they later on challenged the conviction that was made based on the
fine which they paid and sought an order for the refund of their money
and the order was granted in September 2020.

Aggrieved by the police conduct, the two residents, who suffered
severe injuries of varying degrees and had to be detained for a number
of days in hospital, filed summons on 4 December 2020 at Beitbridge
Magistrates Court demanding payment amounting to ZWL3 million for
Zeyazeya and ZWL1 million for Tawengwa as compensation for violation
of their rights.

Lawyers representing ZRP recently agreed to pay ZWL$425 000 to
Zeyazeya and ZWL85 000 to Tavengwa as damages arising from the
unlawful conduct by ZRP officers.