Shine Tanaka Nyamhunga who allegedly provided armed robbers with information in the deadly Chadcombe robbery case has appeared before a Harare magistrate this Saturday charged with armed robbery. 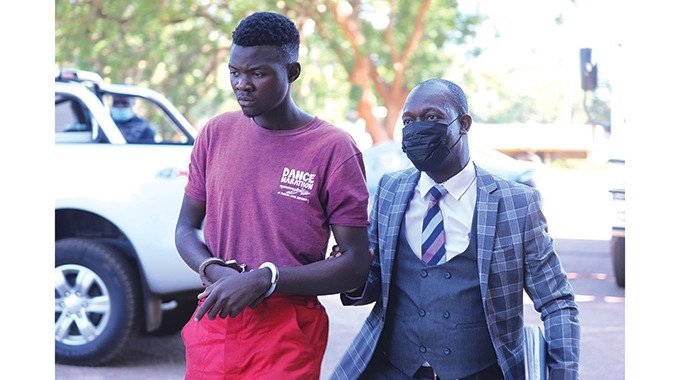 Nyamhunga (21) was remanded in custody by the magistrate to 28 December.

According to Zimbabwe Republic Police (ZRP) national spokesperson Assistant Commissioner Paul Nyathi, Nyamhunga had given his accomplices some information on some cash transactions by a company where he is employed.

Nyathi said Nyamhunga told his accomplices that the money was being kept at his employer’s house in Chadcombe.

He said Nyamhunga was in constant touch with Tariro Gora, a 21-year-old soldier killed in the shootout, with a view of having his employer targeted by the armed robbers.

Armed with the information, the five armed robbers, among them, serving members of the Zimbabwe National Army (ZNA) went to Chadcombe on Monday night.

However, their plan failed to work after the gang attacked the wrong house where three of the alleged robbers were killed in a shootout.

The robbers forcibly entered Joseph Nemaisa’s house, a former CID detective, who shot and killed three of them while two escaped unhurt but were eventually arrested by the police.