Suspended MDC-T vice president, Thokozani Khupe, has announced the split of the opposition party and declared herself president of the new faction. 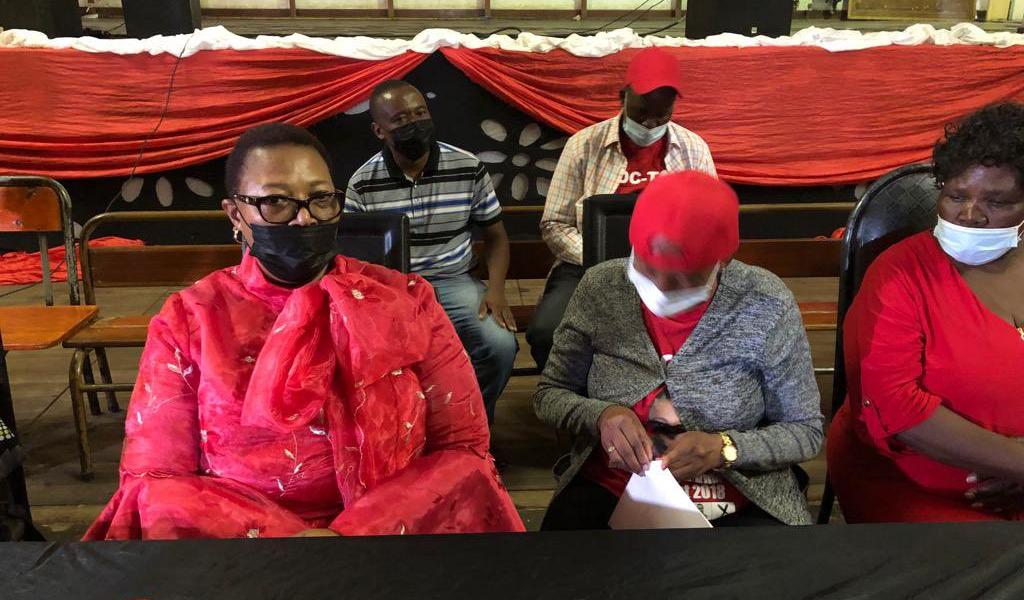 In announcing Khupe’s suspension on Thursday, the party’s spokesperson Witness Dube said she was being investigated on several allegations.

But addressing journalists and party supporters at Macdonald Hall in Mzilikazi, Bulawayo, on Friday morning, Khupe said Mwonzora fired himself from the party when he announced they would contest the upcoming by-elections as MDC Alliance. Said Khupe:

Mwonzora has notified the Zimbabwe Electoral Commission that he will contest the upcoming by-elections under the MDC Alliance party, in so doing Mwonzora has fired himself from the party because, in terms of the MDC-T constitution, membership of the party shall be terminated if a member joins or supports a political party other than the MDC-T, termination of membership in these circumstances is automatic.

With all these transgressions, Douglas Togarasei Mwonzora cannot continue at the helm of a democratic party such as MDC-T.

It is in this vein that today, we, who are gathered here and many others scattered around the country, declare an official split.

They are now two MDC-T formations, one led by yours truly, Dr Thokozani Khupe, who is also the leader of the opposition in the National Assembly and the other who I don’t know who their leader is.