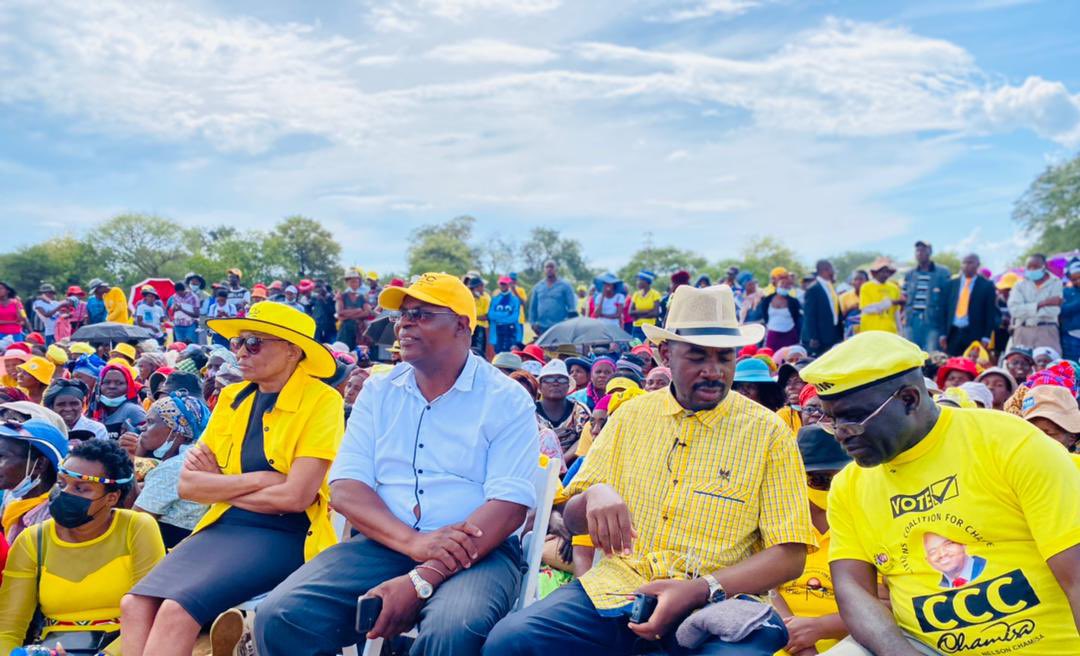 NewZimbabwe.com reports that the incident happened at the Robert Gabriel Mugabe International Airport on Wednesday last week when Matanga, along with other service chiefs, ministers and senior ZANU PF officials, welcomed Mnangagwa back from his Dubai trip.

Sources at the airport said Mnangagwa took particular exception to the Marondera rally which failed to take place the previous Saturday after police refused to sanction the gathering on the pretext that the party’s notification came at short notice. NewZimbabwe.com was told:

As you know these dignitaries do not like to miss those occasions to show their faces to the president and they line up to greet him. That is when Matanga came up for some roasting.

The president was clearly unamused. I think he spent a minute or so quizzing Matanga on why he was allowing that to happen. He pointed out to him that this was tarnishing the image of the country abroad and inviting unnecessary attention on Zimbabwe.

He was particularly concerned with the Marondera rally which attracted a lot of attention and wanted to know the exact reasons why police could not permit the rally.

Matanga reportedly said the rally was banned because of fears of violence and then immediately blamed the courts for not attending to the CCC application on time.

Mnangagwa who appeared unsatisfied told Matanga to fix the matter.

However, the sources further said it was not clear whether Mnangagwa was genuine in his probing since only two days later, police in Masvingo banned CCC’s rally on the pretext that ZANU PF had booked the same venues ahead of the Nelson Chamisa-led opposition.

The rally only went ahead after the Masvingo High Court quashed the police ban and instructed the police to provide the necessary security.

It also turned out that the ruling party did not have any rallies planned for either Mucheke or Mamutse Stadium as police claimed. The stadiums were empty all day.