THE International Monetary Fund (IMF) has warned that the government's decision to compensate war veterans could have a major strain on the country's debt overhang. 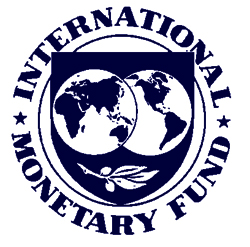 This comes after the government is planning to compensate more than 140 000 war veterans which include ex-political prisoners, detainees and restrictees from the war that led to independence from Britain in 1980.

There are also plans by the government to compensate depositors who incurred loss of value during both the 2008 and 2019 period.

According to the Bretton Woods Institution’s latest comprehensive 2022 Article IV Consultation report, made available recently, the country’s consolidated debt is now projected at US$19 billion.

The debt has resulted in the failure by the government to access affordable long-term financing from both multilateral and bilateral financers.

In an interview this week, the IMF representative for Zimbabwe Carlos Caceres said he was concerned about the government’s undertaking to compensate war veterans and depositors.

He noted that there is an onerous debt burden already created by the commitment of President Emmerson Mnangagwa’s administration to pay US$3,5 billion  to white former  commercial farmers.

“It is not that compensation is good or bad but for us the concern at the end of the day is the generation of public debt and this comes in addition to an already  unsustainable debt.

“Our concern is more from that area of debt and not from a political angle and not whether lower income people who have lost money in the past should be paid,” Caceres said.

Caceres said its engagement with both the country’s fiscal and monetary authorities includes discussions over how to balance various compensation processes with debt sustainability.

On setting up a new Staff Monitored Programme (SMP), which is an informal agreement between national authorities and IMF staff to monitor the country’s economic programmes, Caceres said a new SMP will be more effective if it is part of   Zimbabwe’s re-engagement process.

“The SMP will be much better if it is part of the re-engagement process because at the end of the day you can only address debt sustainability through the process of re-engagement,” Caceres said.

He added that before a new SMP can be set up, there is need to look at the country’s macroeconomic framework including shocks incurred as a result of the Russia-Ukraine conflict which has disrupted supply chains globally.

The country currently has five exchange rates. These are the Reserve Bank of Zimbabwe (RBZ) auction rate of US$1:ZW$290; the interbank rate of ZW$297; the parallel market rate of ZW$470; the Zimbabwe dollar cash rate at ZW$400; and the mobile money rate, which is also tracking the cash rate.

Among the measures which he said were in line with IMF recommendations are the decisions by the government to introduce an interbank rate on a willing-buyer-willing-seller basis.

“We want more exchange rate stability driven by a market driven framework and at the same time to remove exchange restrictions and controls as much as the situation allows.

“The movements, though still relatively small, have been in the right direction. We commend them for these actions. The thrust of this liberalisation has to continue,” Caceres said.