ZANU PF activist Sybeth Musengezi has warned that factionalism and disgruntlement are breeding seeds for another “bhora musango”, which will see ruling party members voting for the opposition in the 2023 general elections. 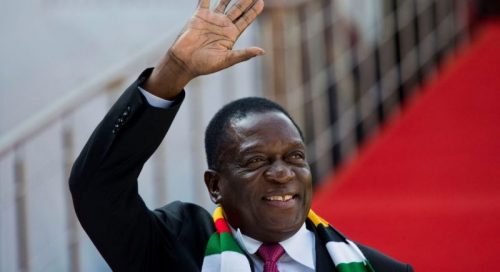 His statement comes as divisions in the ZANU PF’s Bulawayo province along factional lines have emerged amid reports that some of the women nominated for the party’s women’s league posts have alleged G40 links.

Musengezi, who recently challenged President Emmerson Mnangagwa‘s 2017 ascendency to power, also accused the ZANU PF leadership of failing to properly run the country, which he said was giving leverage for the party faithful to vote for the opposition Citizens Coalition for Change (CCC) leader Nelson Chamisa.

Bhora musango was a clandestine campaign by some ZANU PF leaders in the run-up to the 2008 harmonised elections, which urged the party members to vote against the late Robert Mugabe, despite voting for the party’s parliamentary and local authority candidates. Musengezi wrote on Twitter:

Our current leaders have failed to run the country, they have failed the economy. Corruption is rife and generally people are suffering. On top of that, there is a lot of disgruntlement and factionalism in ZANU PF, so bhora musango is inevitable.

If Chamisa plays his cards well, I foresee him winning the hearts of many in 2023, even among those currently in ZANU PF may vote for him.

President Emmerson Mnangagwa recently admitted that there was factionalism in the ruling party. Speaking to Glenview 7 residents last week, he said:

Here in Harare, there is a lot of factionalism. Masimirembwa is struggling to contain factionalism in the province, and we don’t want that in the party. ZANU PF does not belong to individuals.

It is alleged that there are at least three factions in the ruling party – one led by Mnangagwa, another by his deputy Vice President Constantino Chiwenga and another led by remnants of the vanquished G40 cabal.

Political analyst Maxwell Saungweme told NewsDay that people should not read much into the ZANU PF factional battles.

Another Political analyst Rejoice Ngwenya downplayed the internal conflict saying it won’t result in the ruling party losing power to the opposition.