President Emmerson Mnangagwa’s ZANU PF party has launched a perfume, ED 2023 victory scent, in a move aimed at wooing voters ahead of the 2023 elections. 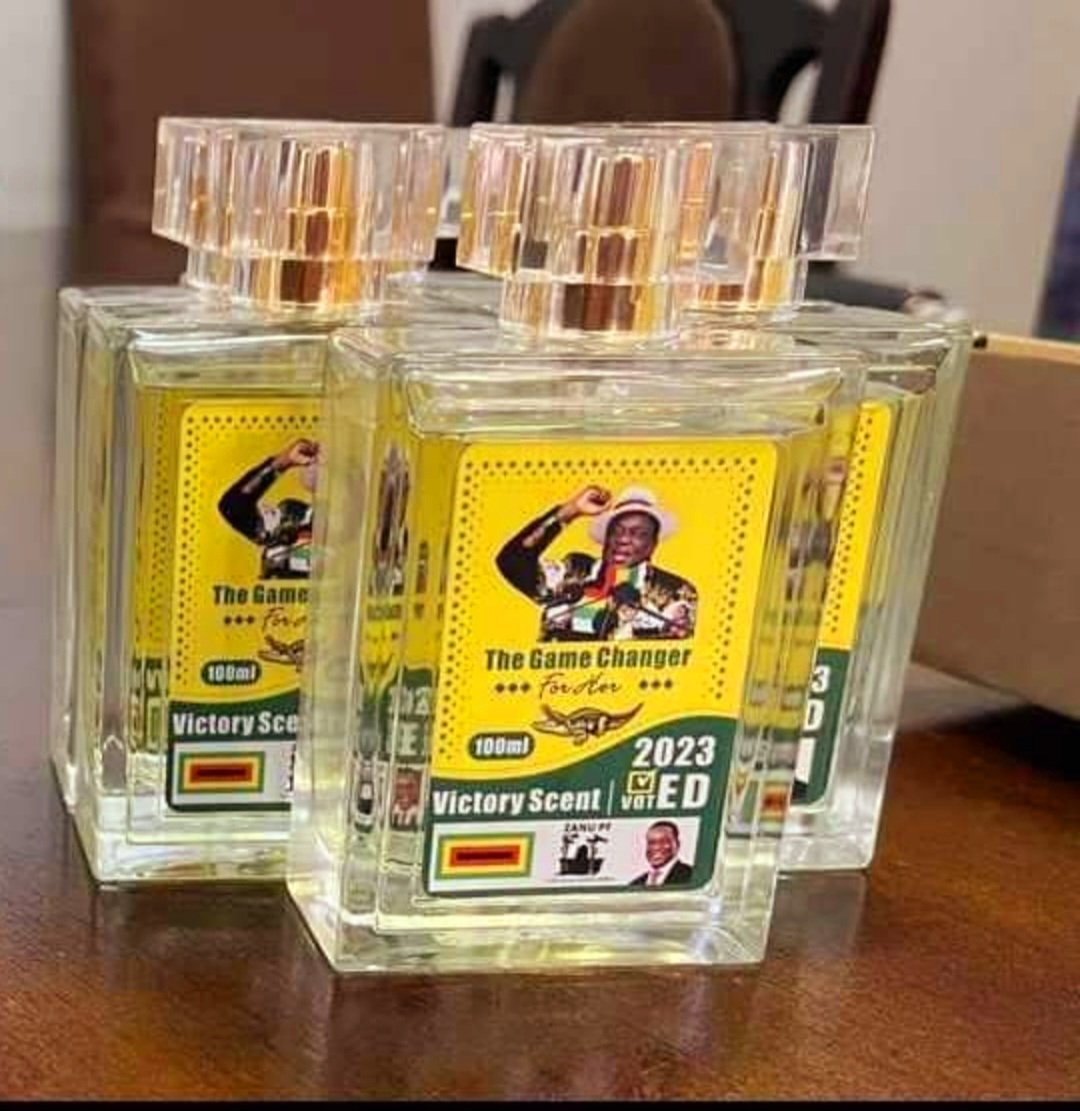 The ZANU PF leader, also known by his initials ED (Emmerson Dambudzo), has set up what he calls “empowerment programmes” such as Young Women for ED (YW4ED), Men BelievED, a new teachers’ union Teachers for ED, ED 2023 premium bread and Councillors for ED (C4ED).

The programmes are accompanied by much fanfare in flashy, expensive cars and branded clothing in ZANU PF green, yellow, red, white and black colours to lure new voters.

One such movement, Men BelievED, with the mantra “ED promised, ED delivered”, describes itself as a movement of empowered entrepreneurs who support Mnangagwa’s vision.

Journalist and government critic, Hopewell Chin’ono believes that the launch of the ED perfume shows that ZANU PF takes Zimbabweans for fools. He said:

95% of Zimbabwe’s potential workforce is unemployed, central hospitals have no paracetamol, the whole country has no clean drinking [or] running water, schools have no books, roads are potholed, the country has the highest inflation in the world and Mnangagwa campaigns for 2023 with perfumes? These guys are jokers.

They are essentially saying Zimbabweans are clowns, give them cheap perfume and they will vote for ZANU PF.

Some critics have accused President Mnangagwa of trying to create a personality cult by using his initials “ED” for alleged ZANU PF parallel structures.