When Zimbabwean lawmaker Job Sikhala settles down to sleep at night, he does so on the floor of an aging maximum-security prison in Harare.

The 50-year-old opposition lawmaker has been held in solitary confinement for almost two months.

Jail is hardly a novel experience for the 50-year-old firebrand, who in a political career spanning more than two decades has been arrested 67 times, but never been convicted, his lawyer said. 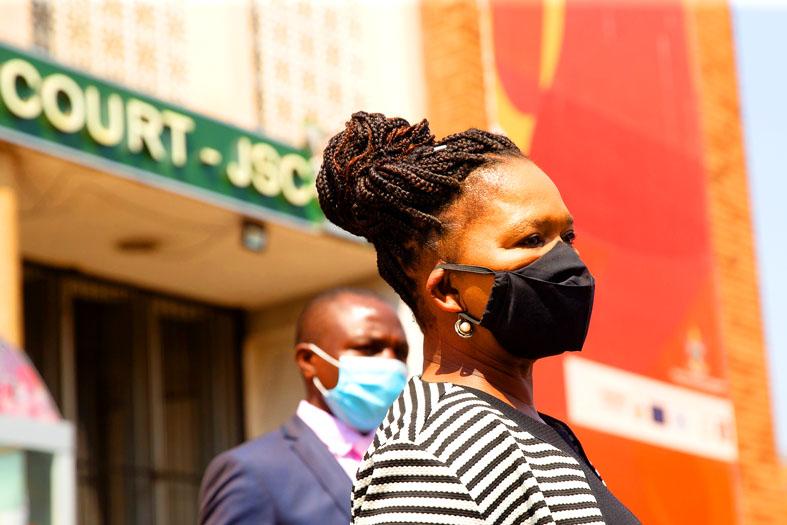 Under former Zimbabwean president Robert Mugabe — a liberation hero who ruled with an iron fist for 37 years — the southern African country gained lengthy experience with arrests of dissenters and abuse.

However, rights groups have said that the clampdown has stepped into new territory, often featuring repeated detentions and exceptionally harsh custody as elections loom.

Sikhala was arrested in June along with fellow opposition politician and lawmaker Godfrey Sithole over a speech he gave at the memorial service for another opposition activist whose mutilated body was found in a well days earlier.

A practicing lawyer, Sikhala told mourners that the woman’s spirit would come back to avenge her death, his lawyer said.

Supporters of the ruling ZANU-PF party reportedly harassed funeral-goers. In turn, opponents torched the house of a ruling party official.

Sikhala was charged with inciting violence and obstructing the course of justice over his speech, and for having allegedly suggested that ZANU-PF members were behind the murder. Police have arrested a man for the killing, saying he was the victim’s ex-lover. Sikhala’s lawyers have denied any link between their client and the violence.

Amnesty International has described the case as “political” and a “travesty of justice.”

The rights group’s director for Zimbabwe, Lucia Masuka, said the case is part of a pattern that has seen a string of opposition figures arrested in recent years, often on charges of inciting violence.

The Zimbabwe Human Rights NGO Forum, a coalition of rights groups, logged 114 cases of arbitrary arrest across the country in the first six months of this year alone.

High-profile cases include award-winning novelist Tsitsi Dangarembga, who was arrested in 2020 over a protest, and three young female activists held the same year on accusations of having faked their own abduction.

The crackdown comes as the government of Zimbabwean President Emmerson Mnangagwa, who replaced Mugabe in 2017, is struggling to rein in inflation, which reached more than 250 percent in July, while attempting to end Zimbabwe’s chronic power cuts and ease entrenched poverty.

General elections are due to be held next year, likely in the spring or earlier.

Mtetwa, a veteran defender of dissenters in Zimbabwe, said she expects the situation to worsen as the vote nears.

“There is no question about it,” she said. “There’s an economic meltdown, things are not working at all… People are disgruntled.”

By going after the likes of Sikhala, the government was sending a message to discourage others who might want to engage in activism and speak out, Masuka said.

“He has to sleep on the floor and we have had a very cold winter,” she said.

Sikhala is being held in a single cell typically used for prisoners considered dangerous, she said, and was shackled every time he was moved to a new location.

An activist in the Movement for Democratic Change and now a senior official in the Citizens Coalition for Change, Sikhala faces up to 10 years behind bars if convicted.

He is due in court for a bail hearing today, after several failed bids to secure his release.

However, Mtetwa is skeptical of his chances, saying that independent judges had been sidelined, disciplined or dismissed under Mnangagwa.

“The point is not so much to have him prosecuted, but to harass him and to keep him in custody for as long as possible,” she said.