President Emmerson Mnangagwa Tuesday shook hands with former British Prime Minister Tony Blair, breaking years of frosty relations with the ex-Labour party leader. Blair had an extremely acrimonious relationship with Zimbabwe during and after the land reform programme and he was one of the foremost campaigners for sanctions imposed on the southern African country. Posting on social media 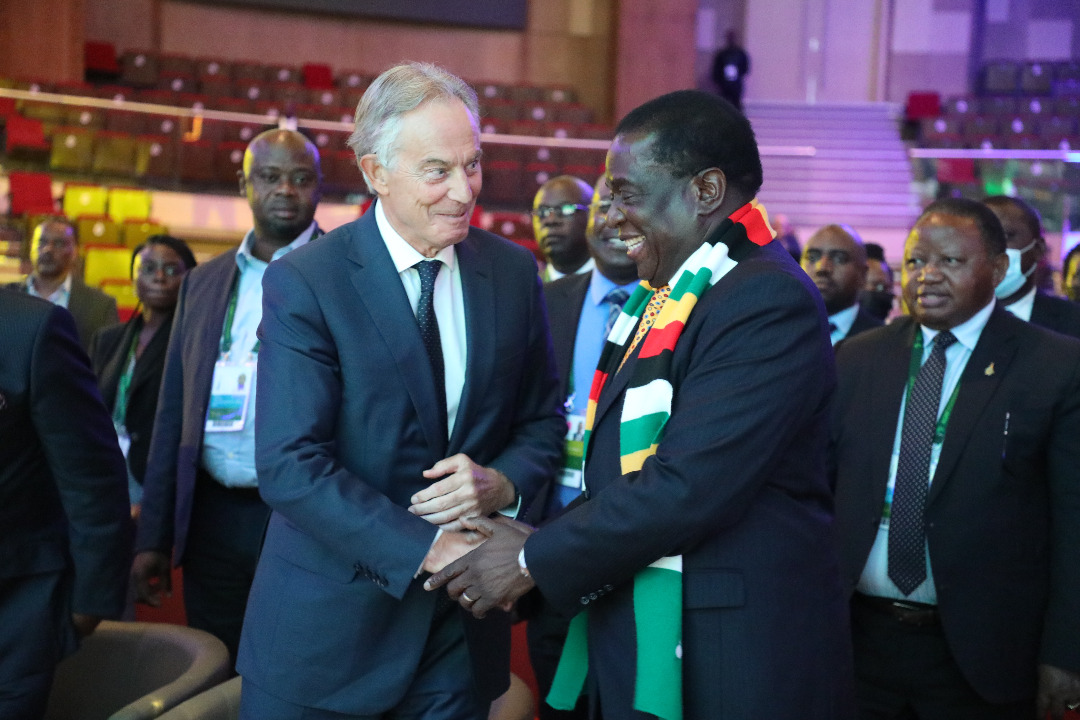 Blair had an extremely acrimonious relationship with Zimbabwe during and after the land reform programme and he was one of the foremost campaigners for sanctions imposed on the southern African country.

Posting on social media after meeting Blair, Mnangagwa said it was time to let bygones be bygones for Zimbabwe to flourish. Said the president:

For Zimbabwe to flourish, we cannot let history hold us back. It was a pleasure to meet Tony Blair (@InstituteGC) and Baroness Scotland, Secretary General for the Commonwealth (@PScotlandCSG).

Mnangagwa and Blair participated in a plenary session on accelerating food systems in times of crisis.

In 1997, Blair’s Labour party government pulled out of talks to fund Zimbabwe’s land reforms in violation of the Lancaster House Agreement.

Britain also withdrew development aid and sanctions were imposed on Zimbabwe by the European Union in 2001.

The late President Robert Mugabe protested strongly against Blair on various political platforms, labelling him “B-Liar” and saying famously at the Earth Summit in Johannesburg in 2002:

Blair, you can keep your England, I shall keep my Zimbabwe.

Blair, in retrospect, has been reconsidering his stance on Zimbabwe. He CNBC Africa from London in an exclusive interview in 2020:

I am happy to speak to Mnangagwa, but these things are best done in a private way. I was actually thinking about Zimbabwe the other day. I think, at certain points, there were misunderstandings, not genuine disagreements. If Zimbabwe were to get its act together it would be an exciting place to be.

Ever since Mnangagwa assumed office, he has gone on a re-engagement drive to build closer ties with Western countries.

Mnangagwa has been promoting the “Zimbabwe is Open for Busines”s mantra meant to attract investment into the southern African country which is richly endowed with mineral resources – over 40 different types of minerals are mined in the country, including the major minerals gold, chrome, asbestos, coal, iron ore, nickel, copper, diamonds and platinum.