“It pains us to see young girls being married off at a tender age. Girls should reach the legal age of consent of 18 years and must their freewill to get married,” said Headman Shiku of Runde Rural District. 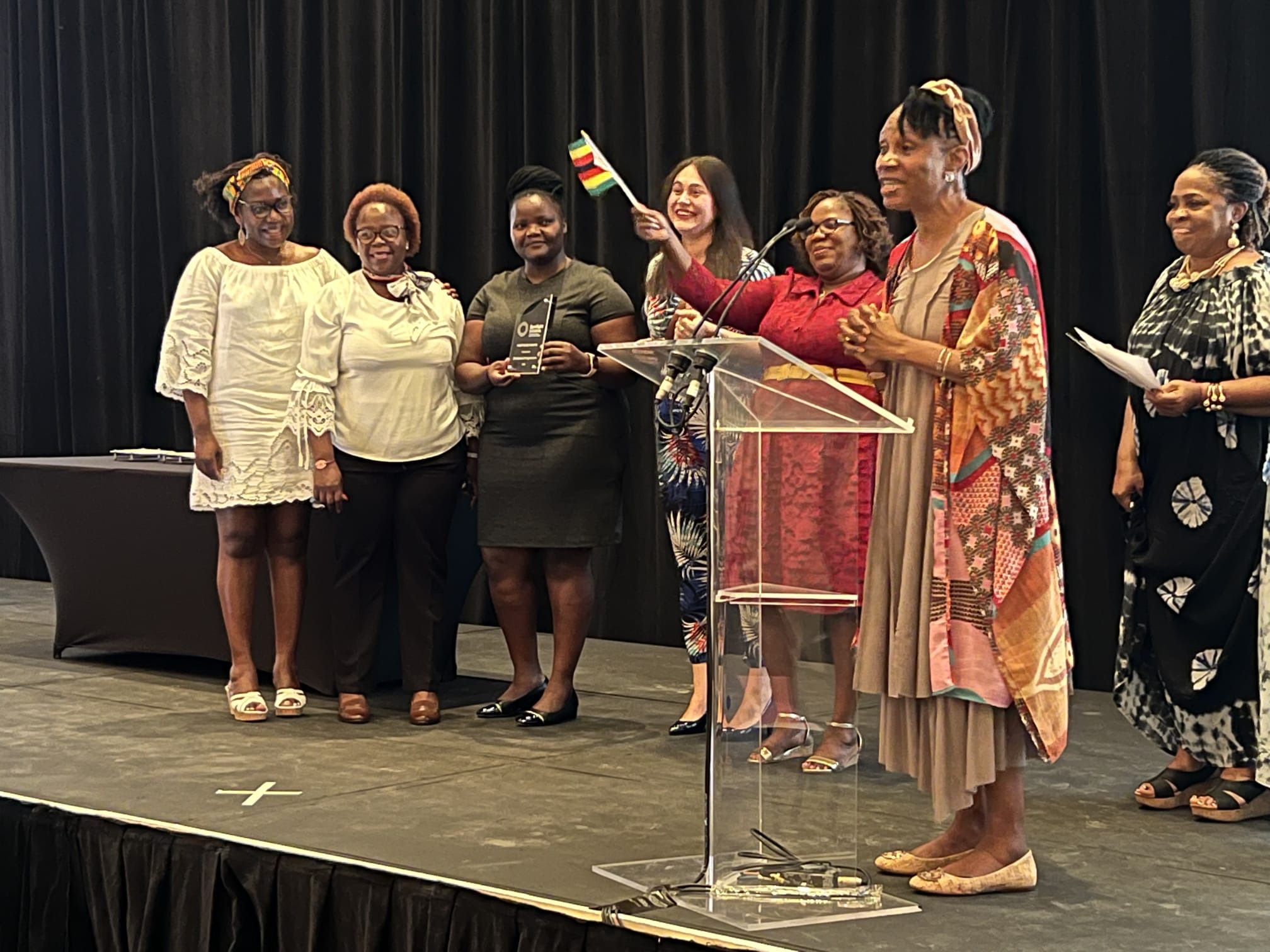 The headman is one of the many gender champions who have been engaged through the joint UN-EU Spotlight Initiative to eliminate violence against women and girls. Headman Shiku said when welcoming the UN Resident and Humanitarian Coordinator Mr Edward Kallon and Government Officials to his homestead.

The Zimbabwe Spotlight Initiative was implemented at the height of the Covid-19 pandemic whereas the country was already grappling with the aftermath shock of Cyclone Idai and socio-economic issues among other challenges. Innovative approaches such as the online #WithHer campaign, virtual advocacy and community engagement promoting an end to violence against women and girls, brought together champions from, government, diplomatic corps, civil society, business, women movements, media, artists, youth groups, and ordinary citizens.

The Zimbabwe Spotlight Initiative Country programme has recorded significant gains. Of note is the High-Level Political Compact (HLPC) on Gender Based Violence which was signed by the President of Zimbabwe in October 2021. It demonstrates a high-level political commitment to end violence against women and girls as well as harmful practices including child marriages.

Laws and policies that protect women and girls from violence and abuse have also been put in place. The Child Marriage Act was passed whilst the Constitutional Court ruled to raise the legal age of sexual consent from 16 to 18 years in May 2022. This will protect young girls from the brunt of child marriages resulting from harmful religious, social, and cultural practices. To date the Zimbabwe Spotlight Initiative programme has reached over FIVE million beneficiaries exceeding the targeted TWO million.

Zimbabwe received  USD 30 million from European Union as one of 22 countries implementing Euro 500 million global joint UN-EU Spotlight Initiative to end violence against women and girls. The programme has been implemented by UN in collaboration with  Ministry of Women Affairs, Community and SME Development; Civil Society Reference Group; and many other partners across the country. The programme directly and indirectly targets beneficiaries particularly rural women and girls, women and girls living with disabilities, and women living with HIV.

Gender-based violence and harmful practices, such as child marriages, continue to be a huge societal problem. They affect women and girls of different socio-economic, cultural, and religious backgrounds and hinder their ability to have a voice, choice, and control over their own lives.