Gerald Sasa, a bureau chief at Zimbabwe Broadcasting Corporation (ZBC) has been co-opted into ZANU PF provincial executive committee as the provincial Information and Publicity Secretary for Mashonaland East. 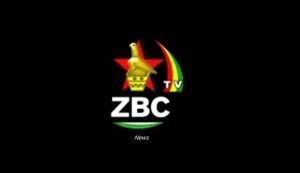 According to Chaminuka, Manicaland Weekly publication, the co-option is with immediate effect.

Addressing delegates at a recent party gathering in Marondera, ZANU PF provincial chairman, Daniel Garwe said Sasi’s appointment is to enhance the party’s communication effectiveness. He was quoted as saying:

We consulted him to find out if his employers would allow him to take up the post and he said they have no problems with his political association. We then told him that your initial mandate is to stop social media conflicts bedevilling the party in the province, particularly in Marondera West where he comes from and Marondera Central.

Meanwhile, Goromonzi North Member of Parliament, Ozias Bvute was also co-opted as the provincial secretary for finance, mainly because of his banking and finance background.

ZBC is a state broadcaster which has also come under fire for alleged biased partisan reporting prompting some to call for in-depth media reforms.

The Zimbabwean constitution prohibits the participation of public officeholders in political affairs as that would jeopardise the impartial execution of their duties and responsibilities.