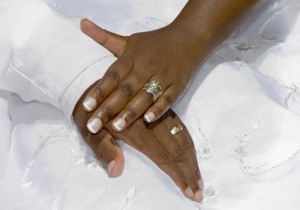 However, like any other right, this right is not absolute. It does not mean that if one partner wants to have sex, he or she can force the other to have sex. That would be a crime; marital rape. Neither of the parties should force each other to fulfil this right. It has to be consensual.

Our preferred description of marriage is that it should be a partnership. Partnership:
-Involves a lot of negotiation;
-Recognises that there are shared interests;
-Involves shared responsibility to create and ensure mutual benefits for both partners.

Marriage is a right
In itself, marriage is a right. Section 78 of our Constitution provides that, every person, who has reached the age of 18 years, has the right to found a family. Although families can be founded outside marriage, it means those who wish to start a family within a marriage should be allowed to do so once they reach the age of 18.

Marriage should be between adults
Our Constitution, in Section 78 has made it clear that the two people getting married must be adults (18 years old or more). This means that child marriages are not constitutional and are prohibited by the Constitution of Zimbabwe, which is the highest law of the land.

Marriage must be consensual
No one should be forced into marriage. Section 26 of the Constitution provides that no marriage must be entered into without the free and full consent of the intending spouses. This is meant to ensure that the betrothed do so consensually (willingly, fully aware of what they are doing and what it means).

This also means that forced marriages and child marriages are prohibited under the Constitution and that children must not be pledged in marriage. Further, the pledging of girls and women into marriage is a crime under Section 94 of the Criminal Procedure and Evidence Act. The following acts are illegal and anyone who does the following can be arrested for pledging of a female person

-A person (custodian or relative) who gives away a girl under the age of eighteen years, or a woman without her consent, to another person as compensation for the death of a relative of that other person (kuripa ngozi/ukujabulisa imimoya)

-A person (custodian or relative) who gives away a girl under the age of eighteen years, or a woman without her consent, to another person as compensation for any debt or obligation (kubhadhara chikwereti/ukukhokha isikweletu)

-A person (custodian or relative) who promises another person for the hand in marriage to any man of a girl under the age of eighteen years, or a woman without her consent

-A person who forces or intimidates a young girl under the age of 18 or a woman to enter into a marriage against her will.

If caught and charged with the crime of pledging, the person guilty of pledging the girl or the woman will be asked to pay a fine onÂ  level fourteen ($5000) or more or imprisonment for a maximum period of two years. In some cases the person can be sentenced to both a fine and imprisonment.

You must note that anyone who actually marries a girl or woman who has been pledged or anyone who is part of the arrangement to pledge the girl or woman into marriage will be charged as an accomplice to pledging a female person and receive the same sentence of 2 years in prison or a fine of $5000 or more.

Marriage should be between a man and a woman
The Constitution provides that the two people getting married must be of opposite sexes, therefore meaning that they must be a man and a woman. The law is very clear that same sex (gay) marriage is not allowed. In, fact it is illegal and unconstitutional for same sex couples to try and get married in Zimbabwe.
These are the legal facts; but what is the actual reality on the ground?

-Many people who get married do not see it as a contract, they see it as a blessed union; blessed by parents through payment of lobola and blessed by God through exchanging vows.

-The right to marry is clearly not a right for all. Many women lack the power to make a man marry them because traditionally women do not ask for a manâ€™s hand in marriage; the opposite is true.

-Marriage in Zimbabwe is not always between adults. Many girls get married before they turn 18, especially those who marry according to our traditions and customs. Some are forced while others think they are making a choice when they elope (kutizira/ukubaleka).

-Whereas the Constitution of Zimbabwe, which is the highest and supreme law in the land provides that people have a right to marry at 18 years of age, which can be interpreted to mean that 18 is the minimum age of marriage, the laws that govern marriage, the Marriage Act [Chapter 5:11] and the Customary Marriages Act [Chapter 5:07] are not in line with the Constitution.

â€“The Customary Marriages Act [Chapter 5:07] does not say what the minimum age is. Marriage is not always consensual. Many women and girls are still forced into marriage. Please report cases where individuals are forced into marriage to the police. They have an obligation to investigate and arrest the culprits even if they are the biological parents of the victim.

-It is still very difficult to talk about sexual orientation in Zimbabwe and the fact that the new Constitution strongly condemns same sex-marriage has only made the possibility of real discussions around the issue even more difficult.

However, there are same sex couples who live together in Zimbabwe. Most of them live in secret because they fear being arrested. Those who wish to marry are forced to migrate to countries that permit their union.. – This article first appeared on the The Law Hub