The political atmosphere in Zimbabwe is volatile and the Zimbabweans should expect the worst. Minster of Home affairs (Chombo) is the source of the current violence caused by the police to the innocent citizens. Mr. Chombo violated the constitution of Zimbabwe when instructed the police to harass unarmed innocent civilians. All these demonstrations were approved by the courts of the land and someone like Chombo thinks that his evil powers to undermine the constitution of Zimbabwe will silence people. 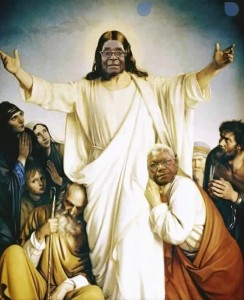 Chombo is known for violating the constitution of the land in all ministries that he headed. He unconstitutionally harassed MDC-T mayors in all urban areas controlled by the opposition. Chombo illegally dismissed/suspended Eng. Mudzuri, Kagurabadza, Mxolisi Ndlovu, Brain Leslie James, Misheck Shoko, Francis Dhlakama etc

It was through this violation of constitution that Mugabe rewarded Chombo with Home Affairs Ministry. As I said before, all the violence and police brutality is caused by Chombo in order to achieve possibly two goals.

The first goal is for the government to suspend all demonstrations in Zimbabwe that is why Jonathan Moyo was recently quoted on twitter blaming the Zimbabwean courts. He said that the courts of law should consider the political atmosphere before allowing demonstrations. I am convinced that, ZANU PF government will suspend demonstrations very soon under the cover of the violence that was stage managed by the police.

The government should be warned that, violating the constitution of the land will result in anarchy in the near future. If the government violets its own constitution, civilians may loose hope and put the law into their hands. The government of ZANU PF should lead by good example and they want to force civilians not to follow the rule of law.

To the political parties and all opposition forces

All opposition forces should come together and put in place strategies to counter the regime if they decide to suspend demonstrations and impose the state of emergence.

The opposition forces should think ahead of their enemy and ZANU PF is determined to suppress democratic forces via unorthodox means. I therefore want to urge all democratic forces to safeguard the constitution of Zimbabwe by all means.

SADC Intervention Is Like Putting All Eggs In ZANU PF Basket

I am not against the proposal of going to SADC for help but Zimbabweans should know that we have been approaching SADC since 2000 but Mugabe is still exploiting the masses. ZANU PF in my view is also under pressure and is ready to go to SADC in order to silence opposition forces. There is no one in the SADC who can challenge Mugabe, we tried with Mbeki and silenced with Government of National Unity, Khama from Botswana tried and is now quiet, Mwanawasa tried to push but died on the way, ZUMA tried to push but we later saw him dancing music with Grace Doctor Amai on stage.

The opposition force should peruse very well international law; there is no state that can remove another state from power without declaring war. Zimbabweans have been calling for foreign intervention without success and we should not risk putting all Eggs in ZANU PF basket.

This is the time for Zimbabweans to be their own SADC, UN, AU, and NERA. What SADC should tell you is to go back and form another Government of National Unity.

Don Chigumba Is A Political Activist/PhD Student Based In South Africa.