Crisis in Zimbabwe Coalition (CiZC) expresses extreme alarm and shock at the delays in handing down of the judgment in the case of Tavenga Bukaibenyu versus The Chairman for the Zimbabwe Electoral Commission. 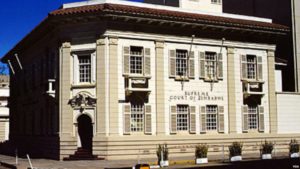 Bukaibenyu filed an application before the Supreme Court on 27 April 2012. He was challenging the sections 23(3) of the Lancaster House Constitution and section 71 of the Electoral Act. In this case, he wanted the court to find that these laws whose interfered with the right to vote for people who are in the Diaspora. Lawyers argued the case before the court on 26 and 28 June 2013. After hearing the lawyers arguments, the Court dismissed the case without giving any reasons.

Following the dismissal of the case, the court failed to deliver reasons for judgment for a staggering 1 883 days which is equivalent to 62.7 months or and 5 years from the day that Bukaibenyu approached the court for justice.

The Constitution demands that justice must not be delayed and that the judiciary must perform their duties efficiently and with reasonable promptness. Quite clearly, the delivery of reasons for a judgment after 1 883 days can neither be said to be efficient nor reasonably prompt. This is especially disturbing considering that the case relates to a key right to political participation by a citizen of this country who contributes, through remittances, to the economic growth of the country.

The delivery of reasons for a judgment of such fundamental importance after the passage of five years doesn’t help to maintain public confidence in the judicial system.

Crisis in Zimbabwe Coalition therefore calls upon the judiciary to respect the Constitution and take measures to ensure that justice is not delayed. Justice delayed is justice denied!