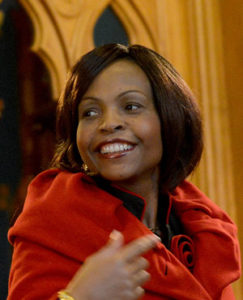 It remains an unprecedented insult in international politics. Even the unstable US President Donald Trump hasn’t tweet-vomited something like that about any ambassador in Washington. (Well, I don’t mean to give him ideas.)

Given the fact that Zulu, now the minister of small business development, was not representing her jacket, the insults hurled by Mugabe were directed at South Africa.

Even if there were behind-the-scenes conversations that we do not know of, Mugabe’s public conduct injured South Africa’s international prestige.

We heard from President Jacob Zuma later that Mugabe had apologised in a SADC meeting. He even professed love for Zulu. It seems Zuma didn’t understand the mockery he was subjected to.

The alleged apology was hollow because it was never communicated by the offender to the audience that heard him defame our country in the first place.

Zulu’s crime was to propose that Zimbabwe’s elections be delayed. She is an outspoken politician. And whether or not one agrees with her politics is not the issue; as an envoy she deserved respect from the host head of state.

And what does the South African government do in response to this pure criminality? It stops police officers and prosecutors from arresting and prosecuting Grace. The constitutional duty of law enforcement agencies to do their work without fear, favour and prejudice gets suspended for the benefit of Grace.

International Relations and Cooperation Minister Maite Nkoana-Mashabane quickly makes a law (as if she is Parliament), interprets the law (as if she is a court) and implements it (as an executing member of Cabinet). All of this was done so quickly.

One wishes South Africans could benefit from this sense of urgency, ie. have a state capture inquiry appointed, Shaun Abrahams prosecute the corrupt, the social grants distribution crisis resolved, and thousands of awaiting trial detainees get their trial date. We would be a better country.

This breaking of our domestic laws, the most fundamental of which is the Constitution that provides for equality before the law, is shameful. The ANC was in the forefront of the struggle for equality before the law when the apartheid government used executive discretions to circumvent justice. Today the ANC-led government is undermining the outcome of that struggle by invoking executive discretion to break the law.

We are already a nation known for violent crimes. The government’s response to Grace’s behaviour suggests we have no interest in dealing with the scourge. We encourage and tolerate it.

Nkoana-Mashabane has written to Parliament to explain the breaking of the law, as if the legislature has powers to condone it. Parliament has no such powers.

If Parliament cared about the equal application of all the laws it passes (the essence of the rule of law), it would call for a full inquiry to hold the entire criminal justice cluster of ministers to account.

Such an inquiry would give Parliament an opportunity to question Nkoana-Mashabane on her concept of “ubuntu diplomacy”.

In 2011, she published a scarcely coherent white paper, committing the government to the virtues of ubuntu in the execution of foreign policy. But in her letter to Parliament she doesn’t say how letting Grace off the hook at the expense of the law and justice for the victim of crime constitutes ubuntu. How exactly?