Johannesburg - A confidential security report and photos have surfaced about the incident at the Capital West 20 Hotel in Sandton on August 13, in which Zimbabwean first lady, Grace Mugabe, allegedly assaulted a South African woman, Gabriella Engels. 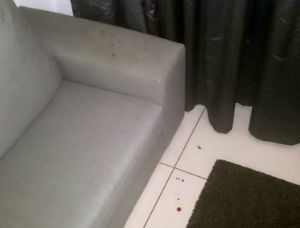 The report, which was leaked to Netwerk24, was compiled by Aragon Security, whose officials responded to the incident.

According to the report, Mugabe arrived at the hotel at about 21:00 after bodyguards contacted her about the unruly behaviour of her sons,  Robert jnr and Bellarmine Chatunga.

“A young woman was seen fleeing from a room after she allegedly was assaulted by the first lady,” the report reads.

The hotel’s security guards who were on duty at the time claimed that four young women were in the Mugabe brothers’ room when the incident occurred.

The women fled to their own room.

Mugabe allegedly also attacked a hotel staff member when she wanted to talk to her about the altercation.

“The security officials intervened and stopped the attack [on the worker],” the report says.

After police and armed security guards were called in, Mugabe ordered her five bodyguards to find her sons’ friends and to load their possessions (which were spread over seven rooms) into a car. The guards apparently found cellphones, clothes and keys and put them in the car.

At 22:45, the hotel manager phoned Aragon after a call from the American Embassy. The embassy informed the manager that a woman needing medical attention was stranded in the hotel.

The woman was apparently one of the four who had fled to their own room and she had made a call to the American Embassy from there.

She had a cut on her chin and was taken by Aragon via the hotel’s fire escape to the Morningside Clinic.

At the hotel, Mugabe was still talking to her sons. A bodyguard was present. Four other bodyguards were waiting in the passage, and more of them outside in the reception area.

Aragon ordered the bodyguards to leave the premises.

An hour later everyone calmly left the hotel.

– See the report below. Names and room numbers have been removed to protect the identity of staff members of the hotel and the security company involved.