HARARE-A University of Zimbabwe student activist was abducted and tortured for close to a week following protests at the institution, a development condemned by Zimbabwe Lawyers for Human Rights (ZLHR).Fanuel Kaseke, a political science student, was abducted and disappeared by some unidentified people on 29 June and held incommunicado until he was released on 4 July. 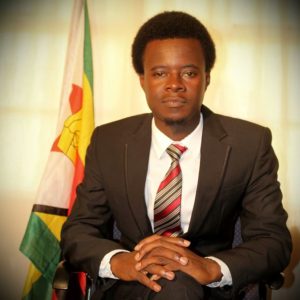 “ZLHR condemns the inhuman treatment of Kaseke who, from his testimony, was targeted as retribution for exercising his constitutional rights guaranteed in the Constitution such as freedom of expression, freedom to demonstrate and petition and freedom of association and assembly,” the organisation said in a statement. ZLHR has been at the forefront of providing assistance in cases  where activists have been forced to disappear, usually by State security agents.

These include peace campaigner Jestina Mukoko and dozens others in 2008, as well as Itai Dzamara in 2011. Dzamara is yet to be located. ZLHR said the latest case involving Kaseke  is worrying.“The abduction and torture of Kaseke is a gross violation of his right to freedom of movement, from torture, degrading and inhuman treatment and dignity as provided for in the Constitution of Zimbabwe and the Universal Declaration of Human Rights, as well as a range of other international treaties to which Zimbabwe is a State Party,”  said ZLHR.

According to information gathered by ZLHR, the 23-year-old Kaseke was abducted by three unidentified men and a woman who were travelling in a vehicle along Seke road in Chitungwiza. The men and woman stopped by as Kaseke, a resident of Chitungwiza, was walking and pretended to ask for directions to the Vehicle Inspection Department. They suggested he accompany them since he was going in the same direction. Kaseke agreed to the proposal and was offered the middle seat with the explanation that it was the best seat to view the road.

After driving for about 100 metres along Seke road, Kaseke then instructed the driver of the vehicle to make a right turn but the driver instead accelerated in the direction of a police camp.The UZ student made an attempt to grab the vehicle’s door but the two men restrained him and started assaulting him. One of the men then hit him hard on the head with an elbow and he fell unconscious. Kaseke only remembered waking up in a very dark room with no windows or electric lights and had a metal door. Kaseke, who discovered that the room was empty and he was lying on the bare floor, could not recollect anything from the time he was knocked unconscious.He was held captive in the room until, supposedly, the following day when three men appeared again.

During his first night in captivity Kaseke was deprived of food and water and later on he was only given four slices of bread a day. The three unidentified men asked him on whose instructions he was writing politically-related articles and organising demonstrations at the UZ. They accused him of being “big-headed” owing to his political activism and his articles. The men also accused him of inviting Pastor Evan Mawarire to address the students during the medical students’ demonstration against the fees hike by the UZ authorities.

During the interrogation, the unidentified men produced a picture in which Kaseke featured and which depicted MDC-T political party officials giving food to some students, before accusing him of inviting MDC-T youths to participate in demonstrations held at the UZ.  For the entire period of his detention, the unidentified men kept assaulting him and asking him the identities of people who were sending him to do “these things”. But in his response, Kaseke pointed out that the economic hardships that he was facing as a student motivated him to exercise his constitutional rights.Kaseke never left the room for the entire five days he was detained there. On the day of his release, Kaseke was given a liquid, which the men said was water, although it had a “funny” taste.

Kaseke passed out soon after drinking the concoction, only to wake up in Mbare suburb in Harare. By then he feeling was dizzy, in pain and struggling to stand up. He finally made his way to Mbare Police Station, where he passed out again. He later made a report under record number RRB32004/17 upon regained consciousness.As a result of the torture, Kaseke has been having continuous bouts of headache, dizziness and stomach ache. After his release from captivity, some men identifying themselves as policemen have been visiting Kaseke’s residence in Chitungwiza asking for his whereabouts and advised his parents that he should report to Harare Central Police Station.“The ill-treatment of Kaseke is clearly meant to curtail him from exercising his constitutional rights,” said ZLHR.“State and non-state actors and the government, who for years have been fingered and held accountable in acts of abduction, enforced disappearance and torture of citizens, need to observe these basic human rights in the interest of upholding the rule of law in Zimbabwe.

It remains of great concern that such acts continue to be committed at a time when the scars incurred by victims and survivors of enforced disappearances are yet to heal and at a time when the government has been attempting to paint a rosy picture of the human rights situation in Zimbabwe,” said ZLHR. The organisation said such incidents of abduction and enforced disappearances should compel the Minister of Home Affairs and Commissioner-General of Zimbabwe Republic Police to bring to account those persons responsible for the abduction, and torture of activists. Failure to take action will perpetuate impunity and reinforce the belief that the perpetrators of such heinous crimes are above the law, said ZLHR.

The organisation urged the government to;

•    Carry out an immediate thorough and impartial investigation into the abduction and torture of Kaseke with a view to publishing the results of the probe and bringing those responsible to justice in accordance with international standards.

•    Take all necessary measures to guarantee the physical and psychological integrity and security of Kaseke.

•    Cease targeting students and human rights defenders and guarantee in all circumstances that they are able to carry out their legitimate human rights activities without any fear of reprisals.

•    Criminalise with very high penalties and prosecute all cases of enforced disappearances and torture.