NEW YORK - The United States is pressing Zimbabwe to change laws restricting media freedom and anti-government protests, the US's top diplomat for Africa told Reuters on Wednesday amid calls by the country's new leader for US sanctions to be lifted. 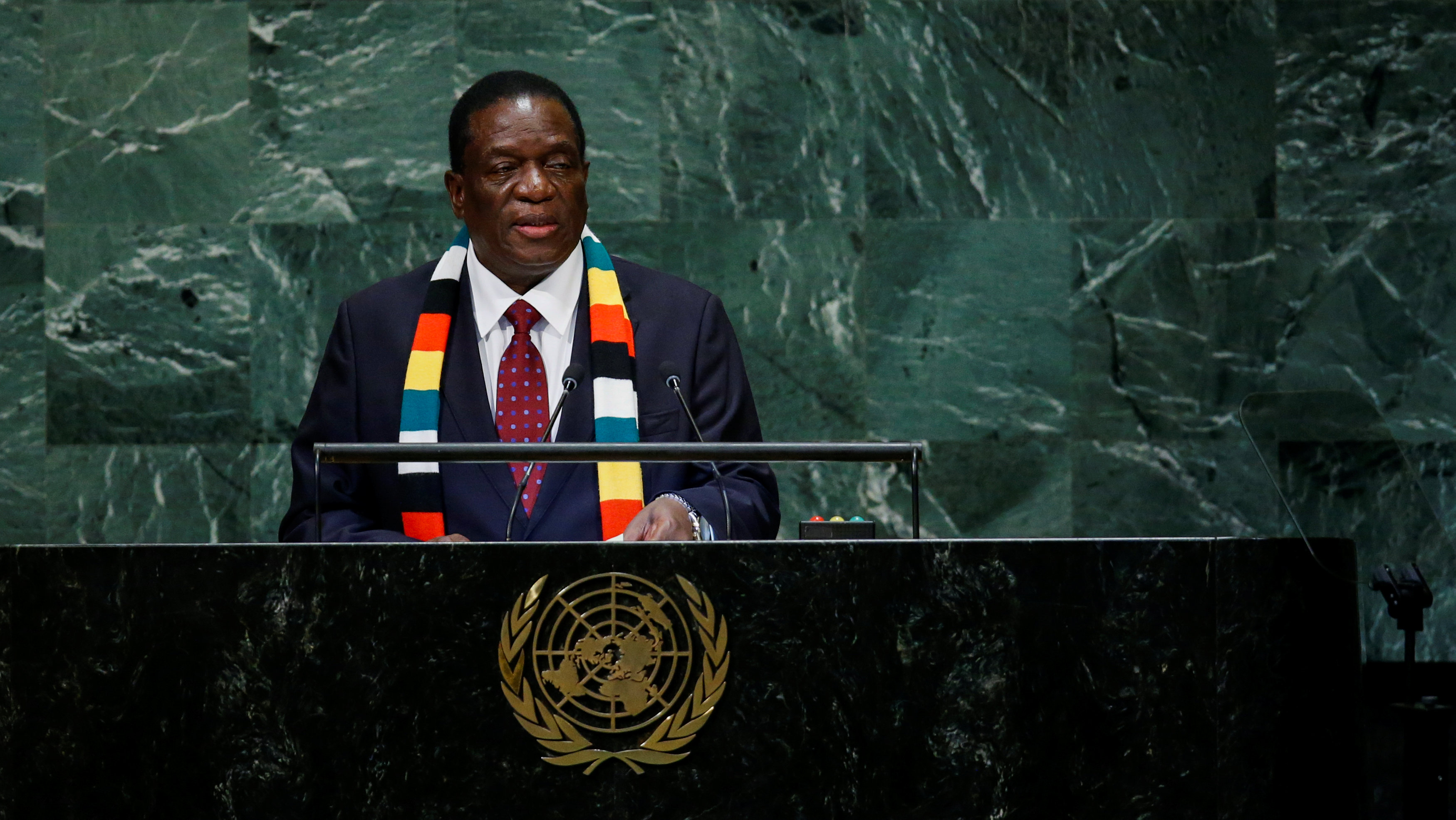 “The Zimbabweans absolutely understand exactly the US point of view,” said Tibor Nagy, who was recently sworn in as US assistant secretary of state for Africa.

The laws Nagy referred to include the Access to Information and Protection of Privacy Act, which restrict media freedoms and bars foreign correspondents from working in Zimbabwe full time. The other is the Public Order and Security Act, which is used by the security agencies to prohibit anti-government protests and arrest pro-opposition activists.

President Emmerson Mnangagwa, who took over from 93-year-old Robert Mugabe in 2017 after the intervention of the military, has called for US sanctions to be lifted against him, officials from the ZANU-PF ruling party, top military figures and some government-owned firms, imposed during Mugabe’s rule for violations of human rights and democracy.

His victory in a July 30 election was touted as a crucial step toward shedding the pariah reputation that Zimbabwe gained under Mugabe, as well as securing funding from global lenders like the World Bank and International Monetary Fund.

“The Zimbabweans are being very positive what they are going to be doing, including that they have a legal process on how to enact measures,” Nagy said in an interview on the sidelines of UN meetings.

“Taking action on those two (laws) would send a signal … to investors,” Nagy said, adding: “Zimbabwe could go very, very quickly to a middle income status with positive leadership and positive steps, both on opening the political space and also opening up economic fairness.”

Nagy said political and economic reforms in countries like Ethiopia and Angola were “prime examples” of how visionary leaders could transform countries and attract investor interest.

“The lamps are coming back on in an incredibly important region,” Nagy said of changes in Ethiopia that have reshaped the political landscape in the Horn of Africa

Since taking office in April, Ethiopian Prime Minister Abiy Ahmed’s ruling coalition has ended a state of emergency and released political prisoners, while also announcing plans to partially open up the economy to foreign investors.

In his boldest move, he has restored diplomatic ties and reopened the border with Eritrea, 20 years after the neighbors started a border war that killed an estimated 80,000 people.

Nagy said, however, recent protests in Ethiopia’s Somali region and on the outskirts of the capital Addis Ababa illustrated the delicate nature of political change in Africa’s second most populous country.

“The prime minister is in an extremely delicate situation because on the one hand if it’s too light of a touch and he doesn’t respond, then people’s lives are lost. If he comes in with too heavy a hand, then there is law enforcement brutality … that the government has been systematically criticized for now for decades.”

The government this month lifted a ban on opposition groups that were considered terrorist groups. Elections are due in 2020.