We applaud the desire of the Zimbabwe Council of Churches to use their influence to encourage dialogue between the rival political parties in our dangerously divided country. 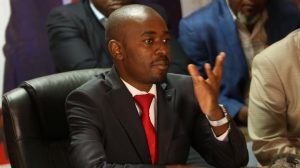 But I fear the holy men may not be aware of how deep the divisions are and who among the contesting leaders is the most intransigent.

Anyone who gets a leadership position, in politics, the church, business or academia, moves into the comfortable northern suburbs. There they absorb the attitudes of the neighbours they meet every day, in the supermarket, in the street and in church. Things look very different on that side of town.

Some speak as if the dispute was between two parties each commanding the support of about half the voters. They ignore the reports of the most competent observers of our recent election, who agree that the whole process was so flawed it could not produce a result that reflected the wishes of the people. Chamisa did manoeuvre the Constitutional Court into proving that by indirectly showing that the whole electoral system was far from being transparent and that ZEC could not even agree among themselves on the resulting figures. This, mind you, is from a court, at least four of whose judges have been given large farms by that political zombie, animated by the military, that calls itself ZANU-PF.

Nobody goes to the lengths they did to confuse the public if they are not trying to hide something.

ZANU-PF and the military do not act like people who know they have won an election. The electorate do not show satisfaction that their wishes were reflected in the results. That is not only in town. Many who claim that ZANU-PF got a majority of the rural votes admit that was a result of coercion and threats of starvation for those who stepped out of line.

Are they equally committed to dialogue? Chamisa is accused by ZANU-PF’s sympathisers of being intransigent. They are forgetting 2008. The outgoing governing party refused to give power to the majority. Eventually we got a “Government of National Unity” in which the only really significant ministries the majority party got were education and finance. The party of the military got every ministry relating to law & order and security. The much-vaunted “Organ for National Healing” was so hamstrung by CIO operatives that it never did anything.

When Morgan Tsvangirai did challenge in October 2009 ZANU’s disregard of the terms of the agreement on which that shaky edifice was built, he could not carry his party with him because some of his ministers had grown afraid of losing the perks of office, which included big chauffeur-driven cars and big houses but not political power. Down here in the ghetto and out there in the sticks, whether Bikita, Tsholotsho, or even Uzumba we were behind Morgan.

We don’t want to replay that scenario. That happened because, from the start, one side, MDC, was making all the concessions. This time, Chamisa wants to see equal concessions from both sides before going any further and hard evidence that ZANU-PF and the military are trying to change their ways before signing any agreement.

The evidence needs to be good. If you want to employ someone who was once accused of picking someone’s pocket, it is good enough to treat him as innocent until proved guilty. Politicians, because so much is at stake, and especially if they have a record of violence, vote-rigging, genocide and billion-dollar fraud, must be treated as guilty until proved repentant.

Our well-meaning pastors maybe as simple as doves, but you don’t need to be a veteran battle-scarred journalist or MDC activist to remind them that Jesus himself advised them to be, the same time, as cunning as serpents. Be as direct and truthful as possible, but be aware when the other guy isn’t.