It is a sad for justice in Zimbabwe as the pattern of irrational remand of MDC leaders continues. The military state now has designated courts and special Magistrates taking direct instructions from politicians in Zanu PF. 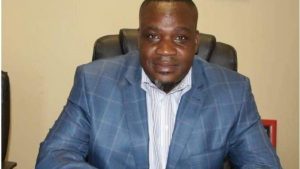 That a magistrate can agree that the words “invitation to a peaceful march” and “dress in black” constitute reasonable suspicion of commission of a crime boggles the mind.

A competent court of law which fails to declare what is in the constitution is retrogressive and ceases to serve the purpose of its existence.

Hon Mamombe was over-detained, arrested by an individual who is clearly not a police officer and could not even ascertain his identity before the court, a man who could not repeat the rights he claimed he had advised the court of.

The arrest of Hon Mamombe was clearly in violation of her rights and illegal, there is no basis to formulate an opinion that she intended to subvert a constitutionally elected government. Placing her on remand is shocking.

The public has lost confidence in the justice delivery system because of such conduct, the judiciary must remain independent as it is the soul of a constitutional democracy.

Resources are being invested in partisan cases with no return on justice delivery in Zimbabwe. We urge the Judiciary Services Commission to put a stop to such insanity.  Those who are supposed to be pursuing representational, oversight and legislative agenda are spending half the time either fearing for their life or in prison.

That cannot be normal.

Hon Charlton Hwende was arrested this morning at the airport on his way from Namibia.

Hon Godfrey Sithole also spent days in prison only to be released on bail this morning.