After a long wet winter in the UK we are having a golden spring. So it’s doubly vexatious that we are still in coronavirus lockdown after five weeks – with no end in sight. 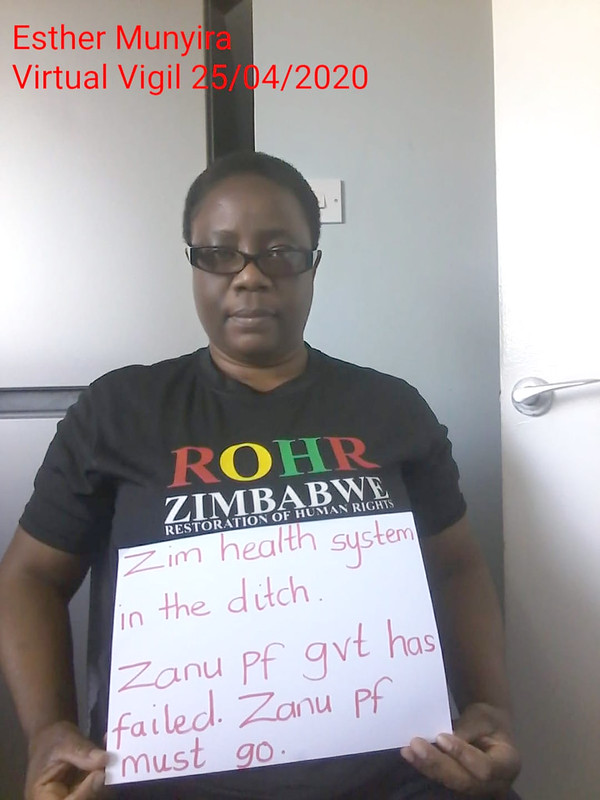 Unlike Zimbabwe, television here hasn’t run out of programmes. But better entertainment can be found in following the tweets of exiled former Information Minister Professor Jonathan Moyo.

Moyo’s latest contribution is to accuse the Chinese Chargé d’Affaire in Harare, Zhao Baogang, of meddling in the political affairs of Zimbabwe. Baogang had tweeted that Zimbabweans are only dying from coronavirus in the UK and not in China. (He didn’t mention that Africans had been chased away from China . . . ) Baogang further asserted that sanctions harmed Zimbabwe more that the virus.

Moyo said in response: ‘This revolutionary Chinese friend of the rogue regime is undiplomatically and proudly celebrating Zimbabwean deaths in the UK due to Covid19 in such an insensitive way that would get him sent back to his racist homeland in any other country with a proper and legitimate government!’ After Baogang deleted his tweet. Moyo returned to the attack: ‘The racist diplomat from racist China has deleted his offensive, outrageous and totally unacceptable tweet as if he does not know that the Internet, or rather Twitter, does not forget.’

Moyo said Boagang was abusing his status in Zimbabwe. ‘He’s blissfully unaware that Chinese mega-deals, most of which have been signed by either corrupt or drunken officials, are even more harmful as they rob future generations!’ (See: https://www.thezimbabwemail.com/zimbabwe/robert-mugabes-minister-clash-with-chinese-ambassador/).

Next on stage was Deputy Information Minister Energy Mutodi who blamed the virus on eating ‘dogs, cats, snakes, bats, monkeys, baboons and other wild life’ putting the rest of the world at risk. He suggested that Zimbabwe might be able to provide beef to China instead (see: https://news.pindula.co.zw/2020/04/24/dog-eating-chinese-exposing-world-to-covid-19-says-zimbabwe-deputy-information-minister-promises-to-increasebeef-exports-to-china/).

Mutodi also weighed into the fuss over the Zimbabweans who voluntarily returned home from the UK and objected to being quarantined in student hostels at Belvedere Teachers’ College in Harare, complaining of inadequate facilities with no running water. Mutodi rebuked them for ‘trying to demand VIP treatment’ and reminded them that quarantine was not a matter of choice.

On this occasion, the Vigil can sympathise with Mutodi. Zimbabweans are being deported in their hundreds from South Africa, Botswana, Zambia and Namibia. The Bulawayo Provincial Affairs Minister Judith Ncube says that city is already overwhelmed (see: https://www.newsday.co.zw/2020/04/65-returning-zimbos-demand-hotel-quarantine/).

The government has responded by cutting quarantine from 14 to 8 days. But this has been criticised by the president of Zimbabwe Hospital Doctors’ Association, Tawanda Zvakada, who said it risked spreading the virus as people return to their home areas.

The Vigil is pleased that the UK has given Zimbabwe US $43.6 million to help it deal with the pandemic – the largest donation by any country. As we in the UK look out of our windows at the sunshine we can only hope that suggestions by the Trump administration that the sun reduces the strength of the virus will save us all from further suffering.