‘Slave wages’ was the reason the Zimbabwe Nurses’ Association (ZINA) gave for health workers going on strike in the midst of the coronavirus pandemic. 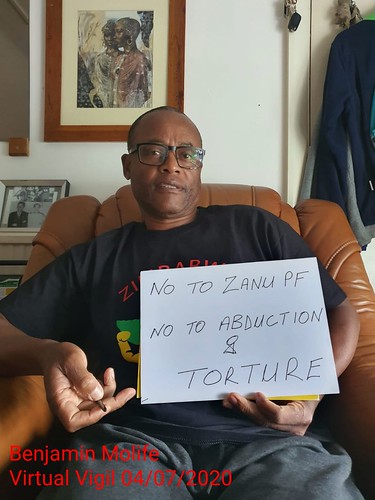 Slave conditions describes what was behind the pay dispute which saw two Gweru workers shot by their Chinese boss, one of the men five times. The Zimbabwe Environmental Lawyers’ Association said it was part of systematic and widespread ill treatment of workers by Chinese employers (see: https://www.timeslive.co.za/news/africa/2020-07-01-zimbabwe-watchdog-accuses-chinese-bosses-of-worker-abuse/).

With the Black Lives Matter campaign in the United States reinforcing demands for a re-examination of history, it is shocking to see that slavery is becoming a reality in Zimbabwe under Zanu PF.

Certainly, the slave-like treatment of nurses is inexcusable. Health workers at Mpilo Central Hospital who contracted coronavirus were quarantined at the Elangeni Training Centre in Bulawayo. ZINA President Enock Dongo described the conditions there as ‘inhumane’ and said they had been left with no option but to sue the authorities that had failed to provide protective equipment (see: https://www.newsday.co.zw/2020/06/government-neglecting-covid-19-positive-nurses/).

Meanwhile, nurses at private hospitals cannot afford to be treated at their own workplace, which are charging a deposit of US$5,000 for intensive care – well beyond the means of badly paid nurses.

The failing economy has caused morale in the army to hit rock bottom according to Defence Minister Oppah Muchinguri. She told parliament many soldiers were tempted by hunger to engage in corrupt activities to make end meet, affecting the army’s efforts to help the police enforce lockdown regulations, especially as they had not been supplied with enough personal protective equipment (see: https://www.newsday.co.zw/2020/06/army-morale-at-rock-bottom/).

Comrade Muchinguri of course blamed the country’s situation on ‘illegal sanctions’. But the EU Ambassador to Zimbabwe, Timo Olkkonen, said the problem was that Zimbabwe was ‘still failing to break from her past of corruption, human rights abuses and fiscal indiscipline’.

The Ambassador said Zimbabwe had failed to service its debts or pursue economic reforms so he could not support the EU providing budgetary assistance to stabilize its economy. In addition, he said, President Mnangagwa had failed to keep his promise to break from the past history of abductions and gross human rights violations. (See: https://bulawayo24.com/index-id-opinion-sc-columnist-byo-188278.html).